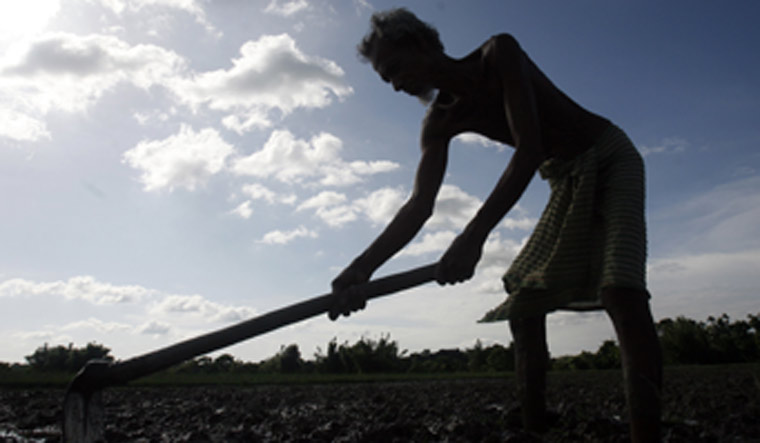 The new law replaces the state APMC Act and will expose farmers to multiple avenues for exploitation, says RKM | Reuters

Rashtriya Kisan Mahasangh (RKM), an umbrella organisation of farmers from across the country comprising about 180 different groups, has written to chief ministers of various states, demanding that they invoke the ‘Doctrine of Repugnancy’ to question the legal validity of the three new farm laws—Farmers Produce Trade and Commerce (Promotion and Facilitation Act), Farmers (Empowerment and Protection) Agreement on Price Assurance and Farm Services Act, and the Essential Commodities (Amendment) Act.

The Doctrine of Repugnancy refers to conflict between different pieces of legislation, when two laws might be so inconsistent that it is impossible to obey one without disobeying the other.

The letter points out that Article 246 (2) of the Constitution empowers the state legislature to make laws with respect to matters enumerated in List III in the Seventh Schedule, commonly referred to as the concurrent list.

“The pith and substance of the Farmers Produce Trade and Commerce (Promotion and Facilitation) Act, 2020 is regulating intrastate agriculture and hence it is repugnant to the state’s Act. It seeks to supplant the Agricultural Produce Market Committee (APMC) Acts of all states. Agriculture is a state subject under Entry 14 of List II in the Constitution, over which states have the exclusive power to make laws, by virtue of Article 246(3). Agriculture being a State subject under the Constitution, any Central legislation seeking to remove barriers to trade and creating a unified national market for farm produce has the capacity to start a fresh debate on federalism. Union of India lacks legislative power to bring such an enactment and in the garb of reforms, have pushed forth an ill-thought-out piece of legislation,” the letter says. It adds that the Act replaces the state APMC Act and will expose farmers to multiple avenues for exploitation.

RKM explains that when state governments introduce the Bhavantar Yojana, like in Madhya Pradesh, or minimum support price for vegetables, like in Kerala, or other schemes related to gate price of farmers, they could face legal action according to the overriding effect of the Act. “The Act amounts to trespassing on the state subject by the Central government. Agriculture is a state subject. Trade and Commerce is in the concurrent list. APMC system was established by a state Act. State governments must question the legal validity…on the basis of the Doctrine of Repugnancy,” the letter says.

The letter points out that Article 254 (2) of the Constitution provides for occasions when “a law made by the legislature of a state with respect to one of the matters enumerated in the concurrent list contains any provision repugnant to the provisions of an earlier law made by Parliament or an existing law with respect to that matter, then the law so made by the legislature of the state shall, if it has been reserved for the consideration of the President and has received his assent, prevail in that state”.

This Article of the Constitution also provides a manoeuvre to save a state law which is repugnant to the Central law on matters in the concurrent list. “Under ordinary circumstances, the Central law reigns supreme over a state law, rendering the state law void. However, there may arise some extraordinary circumstances in a state, under which special provisions made by the state will be more desirable than a uniform Central law. As such, Article 254 (2) was incorporated in the Constitution to maintain an element of flexibility and to make it possible to have a state law suitable to local circumstances against a contrary Central law,” the letter explains.

“If the President of India is not ready to give his assent due to the influence of the Central government, then the state government must continue the legal fight,” the farmers’ body advises the chief ministers, while reminding them that under Entry 14 of List II of the Constitution, states have the exclusive power to make laws.

The farmers have demanded that the state governments pass new laws related to agricultural trade and commerce and create new farmer-friendly laws in consultation with farmers themselves. They say sale below the MSP should be banned, and made a punishable offence. MSP for all agricultural products should be fixed under the Swaminathan Commission’s C2+50 formula so that an increase is assured in keeping with rise in input costs, and the prices of material like diesel. Kerala has announced MSP for vegetables from November and is set to offer compensation for any below-MSP sale.

India’s procurement programmes and MSP have been opposed by the US, Canada, Brazil and Australia in the World Trade Organization, where these are referred to as “trade distorting subsidies”.

Either the Centre must decide to quit WTO or the states must fix MSPs for all agricultural products and ban purchase below it, the RKM writes.

Among the national convenors of RKM is Shiv Kumar Sharma, previously with the Sangh Parivar, who led the farmer protests in Mandsaur, Madhya Pradesh, in 2017. Six farmers were killed in police firing during that agitation which led to nationwide protests. K.V. Biju from Kerala is also a national convenor.