Make in India: Should Indian Navy’s cancellation of 2 contracts cause concern? 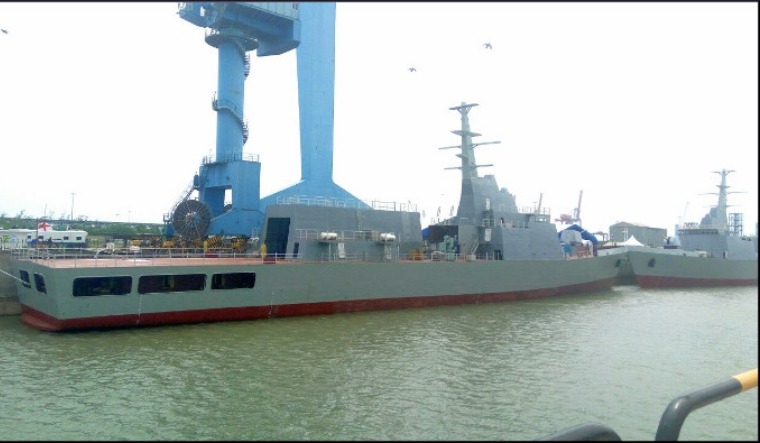 Last week, reports emerged that the Indian Navy had cancelled a contract worth Rs 2,500 crore with Reliance Naval and Engineering Ltd (RNEL) to build five naval offshore patrol vessels (NOPVs). This week, it was reported that the Indian Navy had scrapped a tender to build four large amphibious assault ships called landing platform docks (LPDs) that would have an estimated cost of Rs 20,000 crore.

The first NOPV ships, the Shachi and Shruti, were launched amid great fanfare in July 2017 at Pipavav shipyard in Gujarat. The NOPVs were intended to be patrol vessels that would "undertake surveillance of the country’s vast Exclusive Economic Zone (EEZ) besides operational tasks such as anti-piracy patrols, fleet support operations, maritime security of offshore assets, coastal security operations and protection of shipping lanes. The NOPVs would increase the ocean surveillance and patrolling capabilities of the Indian Navy," The Indian Navy had said at the time of the launch of the Shachi and Shruti.

The NOPV contract was significant as these would have been the first Indian Navy ships to be built by a private sector shipyard in India.

PTI reported the contract was cancelled two weeks ago "due to the delay in the delivery of the vessels".

The NOPV contract did not see smooth sailing as RNEL's financial woes increased. The five ships were originally intended for delivery between 2014 and 2016. In December 2018, the Indian Navy encashed bank guarantees from RNEL after the delivery of the first ship was delayed.

The ministry of defence requires vendors to provide bank guarantees worth 10 per cent of a contract's worth. PTI reported last week RNEL "has an outstanding debt of over Rs 11,000 crore”.

RNEL is currently going through debt resolution process after lenders took the company to the National Company Law Tribunal over default in loan repayments.

As many as 12 companies submitted expressions of interest in taking over RNEL in August. However, the cancellation of the NOPV project has apparently cast a shadow over the bidding process.

Unlike the NOPV project, the LPD project did not start construction, though the Indian Navy had launched the acquisition process almost seven years ago.

PTI reported the request for proposal for the project was triggered by the Indian Navy issuing new specifications for the LPDs.

LPDs are used to transport troops, land warfare assets such as tanks, helicopters and vessels into a warzone by sea. The LPDs were estimated to displace nearly 40,000 tonnes, making them as large as aircraft carriers. LPDs are useful not only for assaults on enemy beaches but also ferrying supplies and personnel to areas hit by natural disasters. China recently launched a large class of amphibious assault ships called the Type 075 class, which would displace around 40,000 tonnes.

Three private sector companies—RNEL Larsen & Toubro (L&T) and ABG Shipyard—were in the race initially for the mega project, but ABG was disqualified on account of poor financial health.

The shipyards were to offer designs developed with foreign shipyards for the Indian Navy contract. There had been speculation that the Indian Navy may cancel the tender given the financial woes of RNEL, which would have left it in a 'single bidder' situation.

The cancellation of the NOPV tender and the worries about the debt resolution process has sparked worries RNEL may meet the same fate as two other private shipyards: ABG Shipyard and Bharati Shipyard.

The cancellation of the two Indian Navy projects also offer a cautionary tale of the challenges facing private shipyards at a time the defence forces are embracing 'atmanirbharta'.

In August, the ministry of defence released its first list of 101 defence equipment that would not be imported. Number 22 on the list was offshore patrol vessels.