The poet was instrumental in heralding modernism in Malayalam poetry 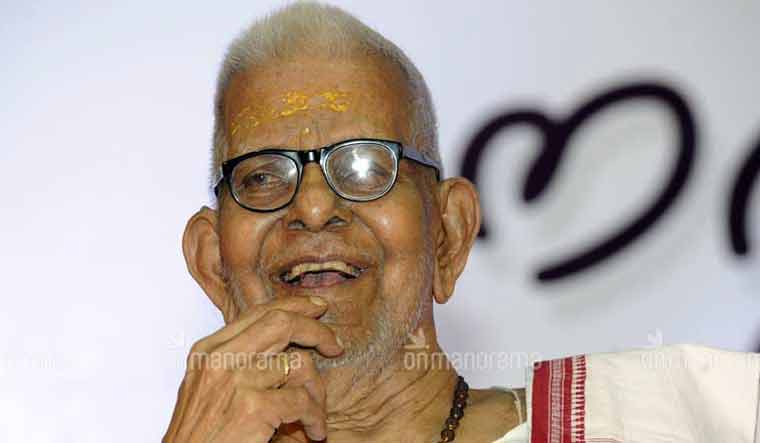 Renowned Malayalam poet and Jnanpith winner Akkitham Achuthan Namboothiri passed away on Thursday morning. He was 94.

He was undergoing treatment for age-related ailments at a private hospital in Thrissur for the past few days.

Akkitham, a native of Kumaranallur in Kerala's Palakkad district, had been active in the national movement against British rule before Independence and was an active member of Yogakshema Sabha.

He had authored over 40 works, including poetry, short stories, plays, translations and essays.

Akkitham was conferred with the Jnanpith award, the country's highest literary honour, in September. He was the sixth writer to bag the Jnanpith Award for Malayalam literature.

The poet was instrumental in heralding modernism in Malayalam poetry.

A true Gandhian, social reformer, journalist and an iconic example of simplicity, Akkitham had been a man who wore many hats with aplomb besides his gifted literary life.

Born in a traditional Namboothiri (Brahmin) family, Akkitham had trumpeted his arrival to Malayalam literature at the age of eight by penning his first poem.

He later gained recognition as poet, essayist and editor in his decades-long life besides taking part in social reform and renaissance movements.