Test positivity rate at 13.86% compared to WHO and ICMR recommended level of below 5% 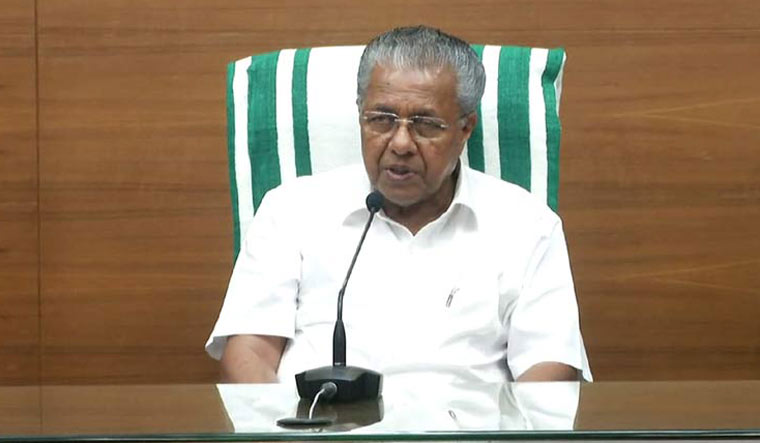 With the state's Covid 19 situation getting critical on most parameters after the initial success, the Kerala government has imposed Section 144 of the Code of Criminal Procedure (CrPC) starting Saturday (October 3).

Implementation of Section 144 insists that not more than five people can assemble at any place, including banks, shops and commercial establishments. This will be in place from October 3 to 31.  There is no restriction on movement of public transport and government institutions, while commercial establishments, industries and hospitals can function adhering to social distancing and break-the-chain protocols.

Chief Minister Pinarayi Vijayan said those flouting the new restrictions will face stringent action. While visiting shops, people should wear masks and gloves, ensure social distancing and if they fail to adhere to the COVID-19 protocol, they will have to face action, the CM said on Saturday.

The decision regarding the implementation of Section 144 was taken after the huge surge in the number of covid positive cases in the last one week. The state had reported its highest single-day spike with 9,258 COVID-19 cases on Friday.

Though there were arguments in favour of lockdown, the state government decided to go in for Section 144 after all parties opposed the idea at an all-party meeting. "A complete lockdown would have been a better idea. But with all political parties opposing the idea, the government may have decided to go for Section 144. Hope it will work," said an official with the health department.

As per data, 77,482 people are presently under treatment while 1.35 lakh have recovered from the disease. The virus has so far claimed 791 lives in the state. According to data, 60 per cent of the state's cumulative cases happened in September, thanks to the celebratory mood in the Onam season and the series of protests across the state. The month of September also accounts for more than half of the deaths. The test positivity rate as of September 30 is a whopping 13.86 per cent when the recommended level of WHO and ICMR is below 5 per cent.

The proportion of active cases—the number of people currently under treatment, to the total number of infections—is much higher than the national average. While it is 36.9 per cent in Kerala, it is 15.42 per cent nationally. In fact, the state now has the third-highest number of active cases in the country, behind Maharashtra and Karnataka.

Health experts attribute this to the high number of persons with comorbidities. "Kerala is the capital of health diseases, diabetes, and BP. All these are reasons for the high number of active cases," said a member in the expert committee.