September 19 is the International Day for Snakebite Awareness 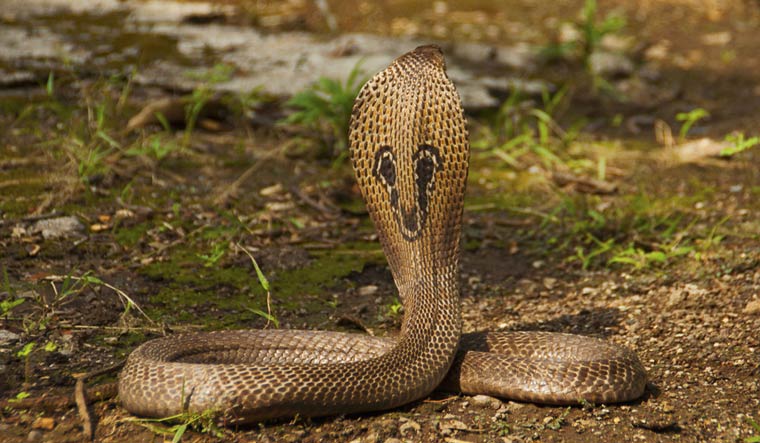 India, which reports the most snakebite deaths in the world, needs to achieve its targets under the sustainable development goals to bring down the numbers, say experts.

A July 2020 paper, 'Trends in Snakebite Deaths in India from 2000 to 2019' published in the journal eLife calculated that from 2001 to 2014, nearly 70 per cent of snakebite deaths occurred in eight states with about 55 per cent of the population of the country— Bihar, Jharkhand, Madhya Pradesh, Odisha, Uttar Pradesh, Andhra Pradesh (including Telangana), Rajasthan and Gujarat. This list includes some of the country’s least developed states with poor health care systems.

September 19 is the International Day for Snakebite Awareness.

“Snakebites cannot be eliminated as snakes are an important part of our biodiversity. Bites can be controlled by reduction in poverty, improvements in sanitation and toilet accessibility”, said Ravikar Ralph, associate professor at the Clinical Toxicology Unit and Poisons Information Centre, Christian Medical College and Hospital, Vellore.

India reported 28 lakh snakebites and 50,000 deaths in 2005 as per estimates by the World Health Organisation. These figures are much higher than government numbers as snakebites are not required to be notified under existing medical protocols.

Ralph said treatment of snakebites had been further challenged by the lockdown and the pandemic. The ban on inter-state movement, for instance, meant that patients from Chittor in Andhra Pradesh could not access treatment at the CMC Vellore, which falls in Tamil Nadu. Severe snakebite complications can be reversed by expert critical care intervention such as ventilation. However, almost all critical care at the moment is oriented towards COVID-19 patients.

“We are unable to say by how much time the goal has receded as we do not have accurate data to mark our starting point. There is severe under-reporting of the problem”, he said.

It was only in June 2017 that the WHO recognised snakebites as a high priority neglected disease. In 2019, a global strategy for snakebite prevention was formulated. In March 2020, a regional strategy for South Asia and South East Asia was put together by an expert committee (headed by Ralph) and discussions on this scheduled for mid-2020.

Snakebite prevention is deeply rooted in the socio-cultural context as snakes are a part of myths, stories and even religious beliefs, and thus the need for customised regional strategy.

An article (The timing is right to end snakebite deaths in South Asia) published in a January 2019 special edition of the British Medical Journal, in collaboration with the Diseases and Neglected Drugs Initiative, India (DNDi) lists poor public awareness in addition to delayed diagnosis and poor treatment quality resulting from delayed access of healthcare and poor first aid as challenges faced in tackling snakebites. It calls for regional cooperation, improved reporting, strengthening of rural health services, and enhanced production of antivenom as key steps.

Ralph said small measures can go a long way in preventing snakebites. These include walking with a light and with one’s head down and eyes on the path, not treading on undergrowth, sleeping in a mosquito net (especially when sleeping on the floor), and checking for cracks and crevices in living spaces.

“All snakebites are environmental accidents. Snakes do not seek an individual out to bite. Better healthcare structures, good health and well-being, access to safe drinking water— all part of the SDGs— will bring out a fall in their numbers,” he said.