New bills are shields to protect farmers from middlemen: Modi 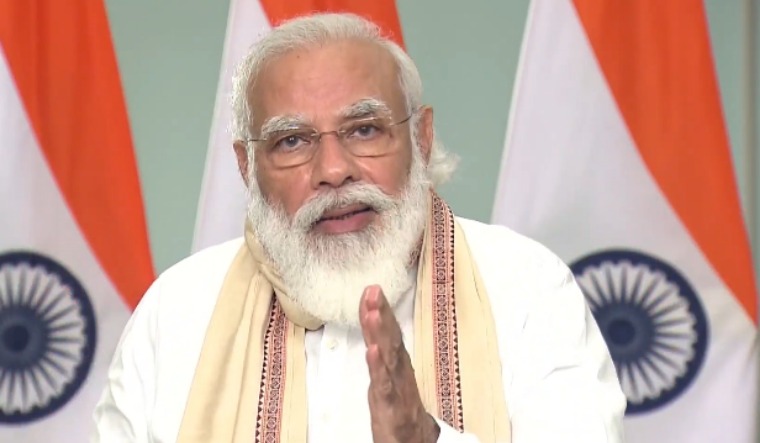 Prime Minister Narendra Modi has reacted strongly to criticism of the Centre's three new farm sector bills by the opposition and farmers' groups. Farmers' groups in Punjab and Haryana have been protesting for days against the bills. Union Minister Harsimrat Kaur Badal of the Shiromani Akali Dal resigned from the Modi cabinet on Thursday in protest against the bills.

Speaking at a virtual rally after dedicating a railway bridge in Bihar on Friday, Modi alleged misinformation was being spread that farmers will not get right prices.

Modi was quoted by news agency ANI as saying, "Farmers have been given new independence in agriculture. They'll now have more options and opportunities to sell their produce. I congratulate them on passage of the bills. It was necessary to bring these to protect them from middlemen. These are farmers' shields."

Modi also appeared to take aim at the Congress, which has opposed the farm bills. "But the people who ruled this country for decades are attempting to mislead the farmers on this issue. They are lying to the farmer,” Modi said.

"No government has done as much for farmers as NDA in last six years," Modi declared. Modi affirmed, "My government is committed to providing farmers appropriate price through MSP; government purchase of their produce will continue."

Nadda was quoted by ANI as saying, "Essential Commodities Act is being regulated as there was a rise in the volume of commodities. We won't buckle under pressure politics. We will do what is right for farmers. Farmers are being misled by middlemen and vested interests about reforms."