PIL in Bombay HC over RTI apparatus not working during pandemic 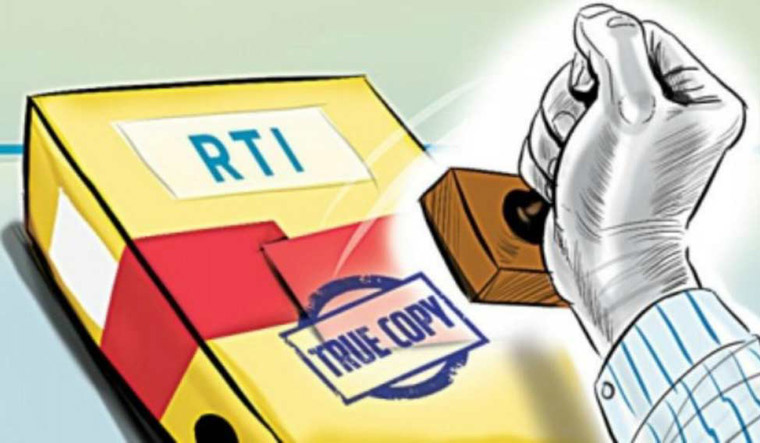 Transparency activists led by former Chief Information Commissioner Shailesh Gandhi have filed petitions before the Bombay High Court, seeking directions for the RTI apparatus in the state to adopt video-conferencing technology to resume functioning and urging upon the court to direct the Maharashtra State Information Commission to share with them a roadmap for disposing of appeals within the stipulated time period.

The activists, who have filed a petition under the aegis of 'RTI Katta', a forum for discussions on access to information under RTI Act, have in their plea stated that many first appellate authorities and other quasi-judicial bodies have suspended their work. They stated that they had served a legal notice to the Maharashtra government through its chief secretary, urging upon it to issue appropriate guidelines and directions to all the public authorities in the state to resume at the earliest, all the hearing proceedings conducted by them by adopting an appropriate online video-conferencing platform. However, they got no response from the state government.

The PIL has urged the court to direct the state government to issue appropriate guidelines or directions to all the public authorities in Maharashtra to adopt video-conferencing means for resuming at the earliest the conduct of all the quasi-judicial or administrative hearings under the respective statute applicable to the concerned public authorities as well as the conduct of first appeal hearings under the RTI Act, 2005.

The activists have also urged the court to direct the respondent to take necessary steps to continue the hearings by video-conferencing as a matter of norm post-COVID as well.

In another PIL, the activists have sought a direction to the Maharashtra information commission to provide them with a roadmap charted by it on disposing of second appeals and complaints within 45 days.

The petitioners said that the RTI Act and its implementation is suffering grievously since the promise of timebound delivery of information is being frustrated by the long wait at the Information Commissions, even before the pandemic. The waiting period in Maharashtra ranges from one year to three years, they said, adding that there are three High Court decisions requiring timebound disposal by Commissions, which are being completely disregarded.

The forum of RTI activists had given a legal notice to the state information commission seeking a roadmap of how it would meet the requirements, but received no response.

More than 58,000 second appeals and complaints are pending before the commission and RTI activists have complained about the appellate body taking an unreasonable period and, in some cases, even more than a year to decide a matter.