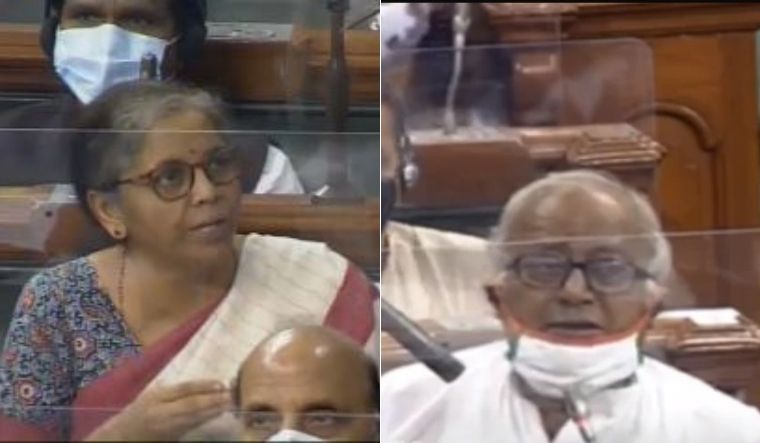 The BJP has sought an apology from TMC MP Saugata Roy after the latter made a personal comment comparing Finance Minister Nirmala Sitharaman's greying hair to the worsening state of Indian economy in Parliament on Monday. The Dum Dum MP was making a statement on the Banking Regulation Amendment Bill and arguing against it in the Lok Sabha when he threw a personal remark at Sitharaman, implying that the nation's economic condition had increased her worries.

The remarks created a furore with several members objecting to the comment which, Speaker Om Birla, said would be expunged. The finance minister, in her defence of the Bill, referred to the comment and said: "If only Saugata Roy could listen instead of making remarks on other factors."

Union Minister Pralhad Joshi demanded Roy's apology for the comment. "Commenting on personal attire... Being a senior member, what is he talking about? He should apologise unconditionally. It is an insult to womenfolk," the Parliamentary Affairs Minister said in the Lower House.

Earlier on Monday, the Lok Sabha adopted a motion to do away with Question Hour and private members' business during the monsoon session of Parliament. The Congress-led Opposition slammed the move, calling the Question Hour as the "golden hour of the House".

The monsoon session, which is being held amid the COVID-19 pandemic, will continue till October 1.