Prashant Bhushan files review plea in SC against his conviction 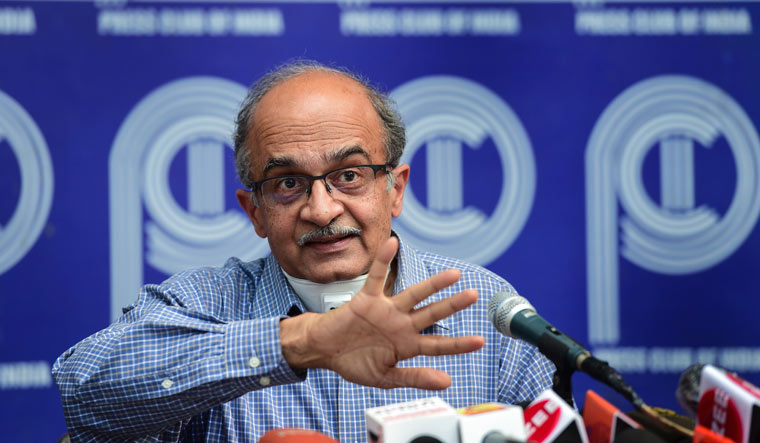 Lawyer-activist Prashant Bhushan filed a review petition in the Supreme Court against its judgement convicting him and imposing a fine of Re 1 for criminal contempt of court. Earlier, while depositing the fine with the apex court registry, Bhushan said paying of the token fine does not mean that he had accepted the verdict.

"Just because I'm paying the fine does not mean I have accepted the verdict. We are filing a review plea today. We have filed a writ petition that there must be an appeal procedure created for conviction under contempt," Bhushan had told the media.

The top court convicted Bhushan and directed him to apologise after it found that two of his tweets amounted to contempt of court. Bhushan, however, refused to offer an apology, saying what he had expressed represented his bona fide belief which he continued to hold.

Following this, the bench headed by Justice (retired) Arun Mishra asked Bhushan to deposit the fine by September 15, failing which he would have attracted a jail term of three months and debarment from law practice for three years.

Bhushan said that he has received contributions from several corners of the country for paying the fine, and a "truth fund" will be created out of such contributions to provide legal aid to those who are prosecuted for dissenting opinions.

"The state is using all means to silence voices of dissent. The ‘truth fund’ will be used to protect the personal liberty to those persons who face the State's persecution", said Bhushan who was accompanied by a group of people from Rajasthan.