The immunogenicity study trial on mice was conducted in July 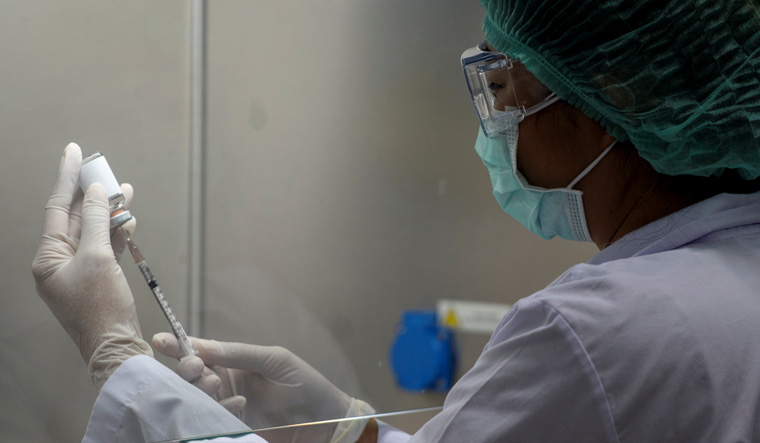 An immunogenicity study conducted on mice for the coronavirus vaccine candidate being developed by the National Institute of Immunology has shown encouraging results, NII director Amulya Panda said on Friday.

The NII, an institute under the Department of Biotechnology, has started the process of developing protein-based vaccine candidates against the coronavirus. "The preliminary results of the immunogenicity study trials done on mice have shown positive results. We found it to be highly immunogenic, neutralising and it produced antibodies," Panda said.

The NII's vaccine candidate is one of the many being developed indigenously. The immunogenicity study trial on mice was conducted in July.

Panda said more tests need to be done on mice on a larger scale now and it is expected to start next week. "We are also working to see how good it is at neutralising (the coronavirus) in humans," he said.

"Further, we plan to do it (test) in monkeys to get more solid data," he said, adding that clearances have to be taken to conduct such tests on primates.

In the past, the NII had developed a vaccine against leprosy which is already in the market. It is also working on a cancer vaccine which is in phase 3 trial. Panda said the aim is to make a cheaper vaccine which can be made available to the masses.

Two other indigenous vaccine candidates—Zydus Cadila and Bharat Biotech—have finished phase 1 of human trials and have moved to phase 2.

Earlier this week, pharma giant AstraZeneca had said it had paused the trials because of "an unexplained illness" in a participant in the study.

The Drugs Controller General of India had issued a show-cause notice to the SII for not informing it about AstraZeneca pausing the clinical trials of the Oxford vaccine candidate for COVID-19 in other countries and also for not submitting a casualty analysis of the "reported serious adverse events".