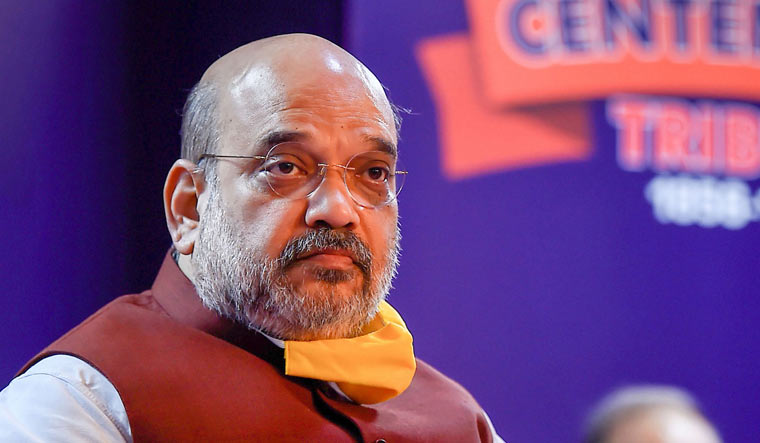 Union Home Minister Amit Shah on Thursday said the government's decision to allow the Golden Temple in Amritsar to receive foreign funds is a pathbreaking move and it will once again showcase the outstanding spirit of service of the Sikh community.

On Wednesday, the Home Ministry approved the registration of Sri Harmandir Sahib under the Foreign Contribution (Regulation) Act, 2010, allowing it to receive foreign funding.

"The decision on FCRA at the Sri Harmandir Sahib is a pathbreaking one which will once again showcase the outstanding spirit of service of our Sikh sisters and brothers," Shah tweeted.

He said Prime Minister Narendra Mod is blessed that 'Wahe Guru ji' has taken 'Seva' from him.

"Sri Darbar Sahib's divinity gives strength to us. For decades, the Sangat worldwide was unable to serve there. Modi Government's decision to allow FCRA to the Sri Harmandir Sahib deepens the connect of Seva between the Sangat globally and the Sri Darbar Sahib. A blessed moment!" he said.

The FCRA registration has been given in the name of the 'Sachkhand Sri Harmandir Saheb Sri Darbar Saheb Punjab Association', a body set up in 1925.

"Happy to share that MHA has granted approval under FCRA to Sri Harmandir Sahib. This will enable the shrine to receive 'sewa' from all over the world &amp; go a long way in propagating Gurusahab's philosophy of 'sarbat da bhala'. I'm grateful to @AmitShah Ji for making this possible," she tweeted on Wednesday.

The FCRA registration will be valid for a period of five years, sources said.