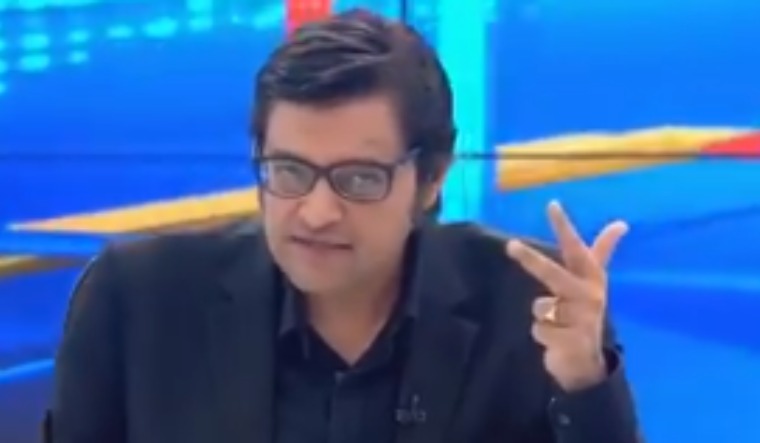 The ruling Shiv Sena moved two breach of privilege motions against editor in-charge of Republic TV Arnab Goswami, accusing the journalist of attempting to malign the image of elected representatives in the state, including Chief Minister Uddhav Thackeray and NCP chief Sharad Pawar.

While Shiv Sena MLA Pratap Sarnaik moved the privilege motion against the journalist in the assembly, party legislator Manisha Kayande moved a similar motion in the legislative council.

Sarnaik accused Goswami of insulting ministers and elected representatives during his TV debates and making baseless allegations against many of them in connection with the death of Bollywood actor Sushant Singh Rajput. "In the name of independent media, he has been maligning the image of the chief minister, Pawar saheb and other elected representatives," he reportedly said.

"Arnab Goswami, the editor-in-chief of Republic TV channel, through his programmes, made an attempt to intentionally disrespect the ministers and members of this House. With full knowledge and being intentionally cruel, he has insulted the chief minister, ministers and leaders of the house personally. I strongly condemn this," the MLA said.

As the BJP members opposed the motion, the minister sought to know why they get upset when someone targets the prime minister, but don't feel the same when the chief minister of the state is targetted.

Meanwhile, a privilege motion was also moved against Bollywood actor Kangana Ranaut in the legislative council for “defaming Mumbai,, by Congress,” Ashok Jagtap.