The ad showed B.A., B.Tech degree holders as eligible with a salary of Rs 45,000 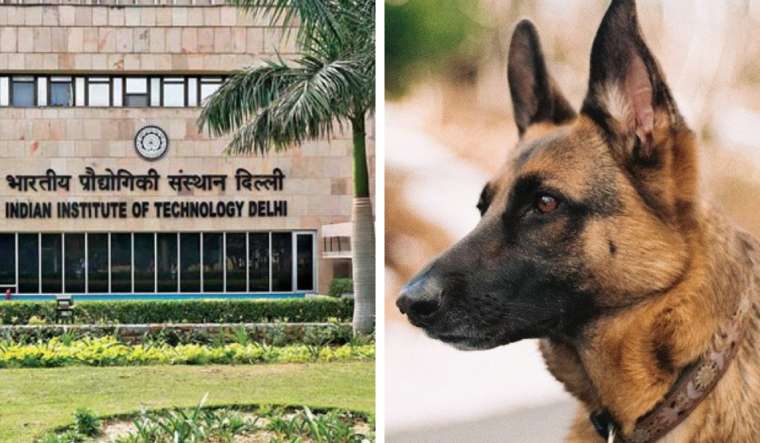 The Indian Institute of Technology (IIT) Delhi found itself in the middle of a social media storm after an ad by the institute for a dog handler went viral. The ad for a position at the security office called for anyone with an undergraduate degree and offered a salary of up to Rs 45,000.

Social media users were quick to point out that the job for a “dog handler” was open for BA, B.Sc, B.Com and B.Tech or any equivalent degree for a non-academic position, when usually, for a contractual job at a security office, the minimum qualification is of 10+2.

“Applications are invited from Indian Citizens for the 01 post of Dog Handler on purely contract basis under Security Office, IIT Delhi. The appointment may be made initially for a period of 03 months, renewable further subject to requirement & satisfactory work performance,” the notice read on the institution’s website.

The position was open for anyone between 21 and 35 years. The applicants must be capable of vaccinating, administering medicines and feeding the dog and should also be able to prepare excel, word and pdf files.

The ad further said that applicants must also have a vehicle so as to drive the dog to a veterinarian and be adept at English and Hindi.

This is the value of an Engineer in India. The minimum qualification for Dog-Handler is Graduation and specifically mentioned BTech. Wow, I am just amazed to see the advertisement and that too from one of the premium Engineering Institution... #Shame #IITDelhi #BadiBadiiBatein pic.twitter.com/e0BhUkYXel

Feels 4 years of Btech can be used for dog handler, that too in a university which hands out btech degrees... #placements #degrading #iitd #iit #Jobs #student #career #btech pic.twitter.com/y2l2DcAf0F

After the photo of the ad went viral on social media, IIT Delhi issued a clarification that it cancelled the recruitment process for the position when it was brought to the institute’s notice.

IIT Delhi Director V. Ramgopal Rao took to Twitter to clarify that it was a mistake.

“Guys, this was a mistake. I checked. If you see the job description, they are seeking a Bachelors in Veterinary Sciences. By mistake, B.Tech etc got copied from another advertisement. Humans make mistakes. Let’s leave it at that,” he tweeted.

The institute issued a statement saying that a fresh process will be initiated to hire a consultant to take care of the large number of stray dogs on the campus.

“A fresh process in due course will be initiated to hire a consultant (on purely contract basis) with suitable minimum qualification required for the job profile that involves proper care of a large number of stray dogs on the campus (providing them medical aid like vaccination, medicine, IV drip etc. and food), handling of issues and challenges relating to stray dogs, liaison with campus community- students, employees, construction workers etc, local government bodies and NGOs,” the statement by IIT-Delhi said.