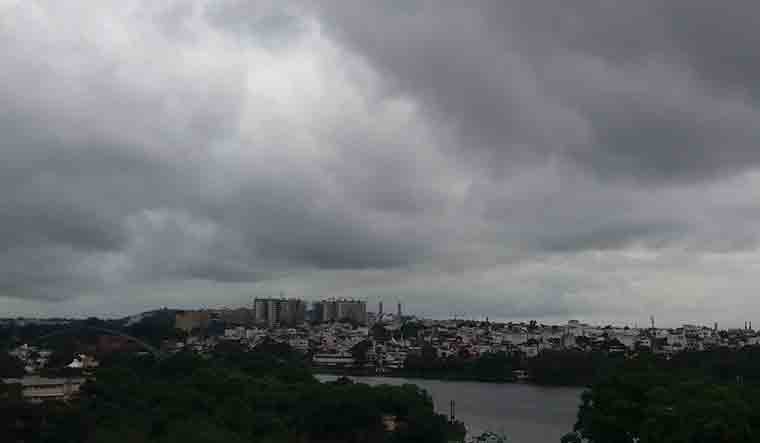 The draft of Bhopal Development Plan (BDP) 2031, put in public domain for seeking objections and suggestions, has raised serious concerns over environment and ecological balance in the city, especially in context of the historic Upper Lake and tiger habitat around the Kerwa and Kaliyasot reservoirs.

The Bhopal Citizens’ Forum – a body of prominent residents of the capital city – has challenged the legality of the process of publishing the draft plan and seeking objections and suggestions from the citizens in the MP High Court.

In a Public Interest Litigation (PIL), the Citizens’ Forum has said that the director of town and country planning of the MP government had exceeded his power in extending the deadline for submitting objections and suggestions multiple times. Also, the PIL points out that in absence of a committee that is to conduct the hearing on objections and suggestions, the entire process is invalid. The committee cannot be constituted as the posts of the public representatives who are to be part of the committee - like the mayor, president of Zilla Panchayat, janpad panchayats and sarpanchs are vacant in the state.

Giving details of the violation of norms regarding the process of publishing of the plan, the PIL mentions that the draft plan was first published on March 6, 2020, giving 30 days’ time limit for making objections/suggestions. But later on, June 8, citing the nationwide COVID-19 induced lockdown, it was notified that the last date for raising objections/suggestions will be 30 days from the date of last lockdown. Then on July 10, another notification was issued saying since the lockdown was over, the 30-day time limit will be calculated from July 10. However, Bhopal witnessed another lockdown from July 24 to August 23.

The PIL also raises concern over the likely detrimental impact on Upper Lake and the tiger habitat area near Kerwa and Kaliyasot reservoirs and reduction of agriculture lands and green spaces based on ‘exaggerated population projection’.

The draft BDP has projected the population of Bhopal in 2031 as 36 lakhs, which the petition says is improbable by any calculations and cannot exceed 27 lakhs. However, the BDP 2005 (currently in implementation) already has provision of land use for the population of 36 lakhs. But the projections made in the 2005 plan went wrong by a huge margin. The draft BDP 2031 meanwhile makes provision for residential and other land use which is enough for a population of around 80 lakhs – a huge extra provision.

The PIL also includes an objection/suggestion letter of the Bhopal Citizens’ Forum sent out to the director of town and country planning, which raises objection on specific points in the plan. These include a provision of a 45-metre wide road proposed over and across the Upper Lake on the southern side that can destroy thick plantation and vegetation of Upper Lake, a Ramsar site and also a wetland area.

Objection is also raised against showing a big residential area on Bhopal-Indore Road where actually illegal marriage gardens exist close to Upper Lake and allowing permissible activities on the 24-metre wide road. The Citizens’ Forum has called this as a clear attempt to regularise the illegal gardens ‘at the cost of life and ecology of the lake’.

The PIL also mentions that due to repeated lockdowns, citizens could not access the draft plan and it was not made available as required by the authorities too, thus impeding the process of raising objections/suggestions.

A double bench of the MP High Court – including chief justice Ajay Kumar Mittal and judge Anjuli Palo - has issued notices to principal secretary of urban administration and director of town and country planning of MP government and the ministry of environment and forests of Government of India after hearing the PIL recently. The next hearing is scheduled for September 15.

Retired director general (Lokayukta police) Arun Gurtoo, who is the petitioner on behalf of Bhopal Citizens’ Forum, speaking to The WEEK, confirmed that though the stay has not been granted, but notices have been issued upon their PIL on legality of publication of the draft plan and seeking of objection/suggestions.

“Apart from violation of the rules as above, there are huge concerns over the impact on ecological character of the city that have been raised in the PIL that urges the court to direct dropping of further action on the plan and preparation and publication of fresh plan,” Gurtoo said.

He further said that civil society has an important role to play in keeping intact the democratic values and processes in the country and the PIL is an attempt in this direction.

State urban administration minister Bhupendra Singh could not be contacted for comments despite repeated attempts.

Making the context of a letter by a retired Indian Forest Services officer, the member-secretary of the NTCA, Dr S.P. Yadav has said in the letter that ‘concerns have been raised about permitting the development of public institutions in the Kerwa-Kaliyasot revenue and forest areas.’

The letter says that due to efforts of the MP forest department, areas like Ratapani forests, Khatotia, Kerwa and Kaliasot have developed into excellent tiger habitats with the presence of 45 tigers in Ratapani alone. “Tigers do disburse travelling long distances through the forest, revenue and riverine areas and therefore need safe passes to avoid human-wildlife interface,” it says.

The NTCA letter further says that it was important to flag the issue at this juncture as the move of the government to plan development works without taking into consideration certain aspects may lead to destruction of important tiger-bearing habitat in the said areas. “There are concerns about development activities proposed in the BDP draft, which need to be critically taken cognizance of to avoid a situation which may escalate human-tiger conflict in the region,” the letter concludes.