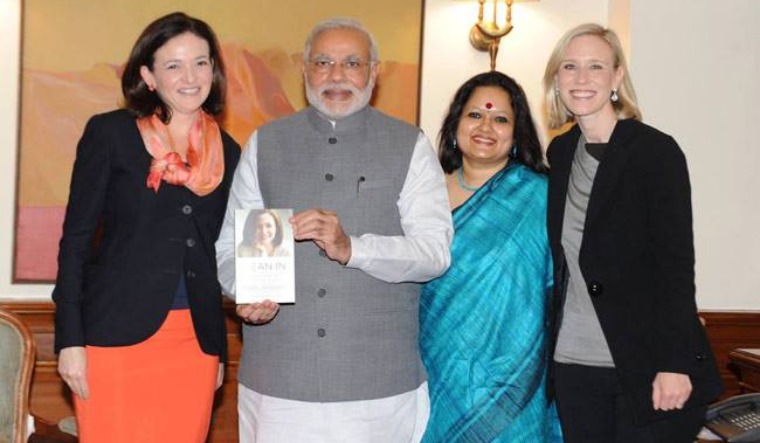 Two weeks ago, a report in The Wall Street Journal created a political storm in India. The report alleged that Ankhi Das, a senior Facebook executive in India, had attempted to block action against BJP leaders who were accused of propagating hate speech on the social media platform.

On Sunday, The Wall Street Journal published another article chronicling Das's purported sympathy for the BJP.

The Wall Street Journal accessed postings of Das on Facebook's internal communications systems that were perceived to be openly supportive of the BJP.

A day before the BJP and Prime Minister Narendra Modi emerged victorious in the 2014 Parliamentary election, Das had wrote, "We lit a fire to his social media campaign and the rest is of course history.”

"'It’s taken thirty years of grassroots work to rid India of state socialism finally,' Ms. Das wrote in a separate post on the defeat of the Indian National Congress party, praising Mr. Modi as the 'strongman' who had broken the former ruling party’s hold," The Wall Street Journal reported.

The Wall Street Journal reported that Ankhi Das had trained the BJP for its social media campaign for the 2012 Assembly polls.

"'Success in our Gujarat Campaign,' Ms. Das wrote of the training of Mr. Modi’s Bharatiya Janata Party team in October of 2012, noting the campaign was close to reaching a million fans on Facebook," The Wall Street Journal reported.

Harbath wrote "Ms. Das characterized Mr. Modi as 'the George W. Bush of India,' according to a 2013 internal post featuring a photo of the two women and the future prime minister," The Wall Street Journal reported.

Das also did little to hide her preferences in the 2014 election. "When a fellow staffer noted in response to one of her internal posts that the BJP’s primary opponent, the Indian National Congress, had a larger following on Facebook than Mr. Modi’s individual page, Ms. Das responded: 'Don’t diminish him by comparing him with INC. Ah well—let my bias not show!!!'"

A Facebook spokesperson rejected the claim Das's statements showed bias. "These posts are taken out of context and don’t represent the full scope of Facebook’s efforts to support the use of our platform by parties across the Indian political spectrum,” spokesman Andy Stone told The Wall Street Journal.

The Wall Street Journal also reported Facebook had failed to act against BJP-linked pages over political transparency violations. "Facebook declined to act after discovering that the BJP was circumventing its political ad transparency requirements, according to people familiar with the matter. The rules require advertisers to verify their identities and disclose them to users. In addition to buying Facebook ads in its own name, the BJP was also found to have spent hundreds of thousands of dollars through newly created organizations that didn’t disclose the party’s role, the people said. Facebook neither took down the pages nor flagged the ads. Instead, it privately raised the matter with the BJP...," the report said.

Last week, it was reported Das had apologised to Muslim employees of Facebook for sharing a post in the past that was critical of the community.

Not surprisingly, members of opposition parties have latched on to the latest allegations.

Trinamool Congress MP Mahua Moitra lashed out at Facebook over the report. Moitra tweeted, "FB is supposed to provide the court- NOT pick up a ball & start playing !"

Sanjay Jha, a former Congress spokesperson, tweeted, "This is a damning expose of Ankhi Das. You are entitled to your ideological preferences but Facebook stands damaged for allowing her to subvert corporate policy.  Worse, she allowed hate-speeches. #MarkZuckerberg owes India an explanation, not just the Congress. Game up!"

However, BJP IT cell chief Amit Malviya returned fire, saying The Wall Street Journal missed Ankhi Das's statements supporting the AAP and Trinamool Congress. He tweeted, "How come the mandarians at WSJ keep missing Ankhi Das’ posts sympathetic to the Aam Aadmi Party or the Trinamool Congress? And keep harping on her perceived bias for the Bharatiya Janata Party? Is it because they want people who are uncompromisingly Left?"