7 new administrative offices have been added to existing 29 circles 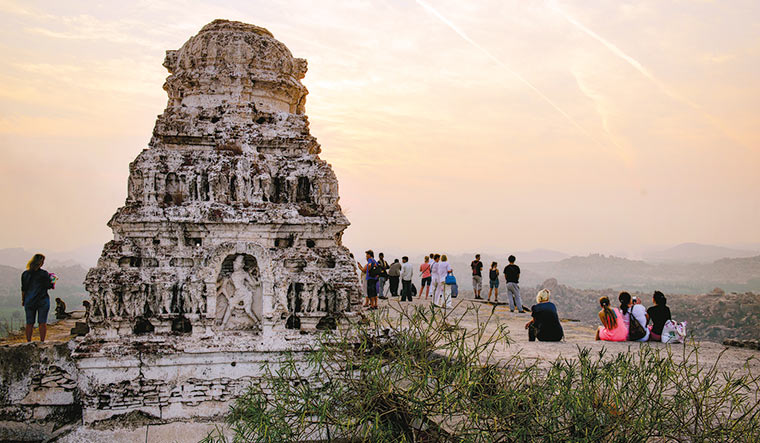 Madhya Pradesh—with the award-winning tourism tagline of ‘Hindustan ka Dil’—is thrilled. The Archaeological Survey of India (ASI) has added another district office at Jabalpur in Madhya Pradesh to ensure the centrally protected monuments in the heart of India get more love.

Madhya Pradesh is not the only state to have been a gainer. This is the biggest expansion ASI has seen in recent times, and seven new administrative offices have been added to existing 29 circles. Uttar Pradesh gains two new circles, too—one at Jhansi, as well as one at Meerut. Gujarat gains one, with the Vadodara circle being bifurcated. A new district office will come up at Tiruchirappalli (Trichy) in Tamil Nadu.  And West Bengal, has also got a new office at Raiganj.

An administrative office of the ASI in a state is referred to as a circle. A circle looks after monuments beyond just the city where it exists and is responsible for protecting monuments in a whole area. So, Gujarat, which till now had only one ASI office to monitor all its monuments will now have two—one at Vadodara and one at Rajkot. This ensures a greater push for conservation and protection of monuments.

Other changes include upgrading mini circles. Hampi will now be a full-fledged office. It also has under it five districts, which it has gained from the ASI Dharwad circle. The mini circle of Delhi, an ill-conceived plan in 2016, which divided the monuments into two halves in 2016, has been shelved. Delhi has upgraded to a circle again. “Hampi and Delhi are both historical cities,'' said Prahlad Patel, the minister of culture in a video message.

The opening of new district offices will increase efficiency. But more than just ensuring better management, there will also now be more manpower. For example, Tamil Nadu, which is littered with monuments, so far had only one regional office at Chennai.  “There are 3,000 to 4,000-year-old temples,'' said Prahlad referring to the wealth of monuments in the state.

Similarly, West Bengal had only one regional office at Kolkata. Bringing together diverse periods—certainly different kind of architecture—the new district office will have under its belt the other side of the state, often ignored. Rajganj will look after Darjeeling, Kalimpong, Jalpaiguri, Malda, Murshidabad and the state of Sikkim, among others.

The biggest gainer will be Uttar Pradesh. The establishment of the two new offices—one at Jhansi, which will bring under it all of Bundelkand—as well as Meerut, that has under it Baghpat, Bijnor, Bulandshahr and Ghaziabad—will hopefully, ensure that the state will emerge out of its shadow of its most famous monument Taj Mahal. It will take the number of district offices to five. At a point of time when India is looking within, the reorganisation of the ASI offices to add more, will help focus on neglected monuments.

The establishment of the new circles, however, shall be in strict “adherence to guidelines issued by the Ministry of Finance on austerity measures''  according to the notification. The expenditure on account of this shall be met with the sanctioned budget allocation of the ASI. This is not the only major overhaul that the ministry of culture has chosen to do. In the budget chose to give a boost to five archaeological sites.