"Is there freedom in the country today to write, speak, ask questions?" 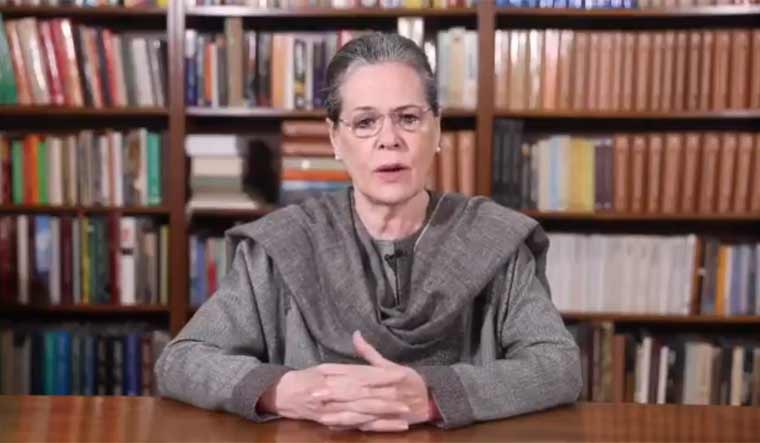 In her Independence Day message, Congress president Sonia Gandhi on Saturday said these were "testing times" for Indian democracy and people need to introspect if there is freedom in the country to ask questions, disagree or seek accountability.

Since independence, India has tested its democratic values from time to time and constantly developed them, Gandhi said.

She alleged that "the present government, it seems, is standing contrary to democratic system, constitutional values and established traditions. These are also testing times for Indian democracy".

Gandhi said today all citizens need to introspect and think what freedom means.

"Is there freedom in the country today to write, to speak, to ask questions, to disagree, to have views, to seek accountability?" she asked, and added that "as a responsible opposition this is our responsibility that we make every effort and struggle to keep India's democratic independence intact."

India is not only famous across the world for its democratic values and pluralism of different languages, religions, and sects, but it is also known for facing adversity with unity, she said in her message on the occasion of the 74th Independence Day. Her message was in Hindi.

"Today, as the entire world is struggling with the coronavirus pandemic, India will have to unitedly defeat this pandemic and set an example. I can say with full confidence that all of us together will come out of this pandemic and the state of severe economic crisis," Gandhi said.

Gandhi also referred to the Galwan Valley clashes in eastern Ladakh in June, saying that 60 days have passed since 20 Indian soldiers, including Colonel Suresh Babu, laid down their lives, achieving martyrdom.

"I pay tributes to them and salute their bravery, and urge the government to honour their valour and give them due respect. Thwarting the Chinese incursions and protecting the sovereignty of motherland would be the greatest tribute to them," she added.

She wished the countrymen on Independence Day, and hoped for a bright democratic future for the country.