Bhushan had made two alleged contemptuous tweets on the judiciary 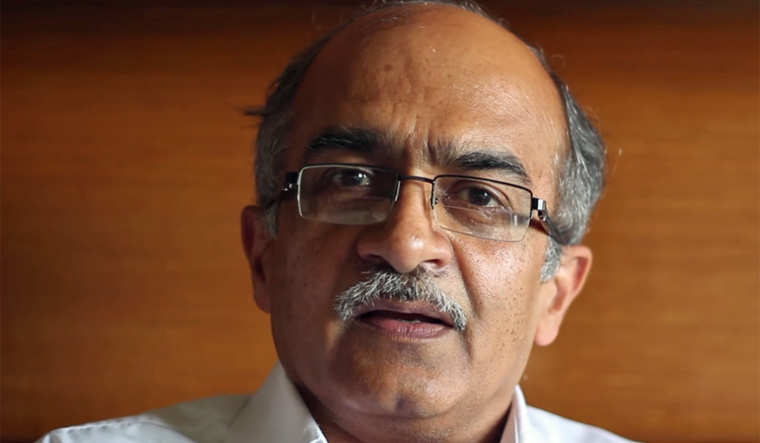 The Supreme Court has held lawyer Prashant Bhushan guilty of contempt of court for his tweets against the Chief Justice of India (CJI) S.A. Bobde and his four predecessors. The quantum of punishment will be announced on August 20. His comments alleged inactivity by the court during the coronavirus pandemic.

The top court, on August 5, had reserved its verdict in the matter after Bhushan defended his two alleged contemptuous tweets saying they were against the judges regarding their conduct in their personal capacity and they did not obstruct administration of justice. On July 22, the top court had issued a show-cause notice to Bhushan after initiating the criminal contempt against him for his two tweets.

While reserving the order in the contempt case, the top court had dismissed a separate petition filed by Bhushan seeking recall of the July 22 order by which the notice was issued against him in a contempt proceeding initiated for his alleged contemptuous tweets against the judiciary.

The top court had not agreed to the contention of senior advocate Dushayant Dave, representing Bhushan, that the separate plea had raised objection against the manner in which the contempt proceedings were started without the opinion of Attorney General K.K. Venugopal and it be sent to another bench. Bhushan had sought a direction to declare that the apex court's secretary general has allegedly "acted unconstitutionally and illegally" in accepting a "defective contempt petition" filed against him, which was initially placed on the administrative side and later on the judicial side. Referring to a judgement, the apex court had said that it has meticulously followed the law in entertaining the contempt plea and it did not agree to the submission that it be sent to another bench for hearing.

Dave, arguing for Bhushan in the contempt case, had said: "The two tweets were not against the institution. They are against the judges in their personal capacity regarding their conduct. They are not malicious and do not obstruct administration of justice. Bhushan has made immense contribution to the development of jurisprudence and there are at least 50 judgments to his credit," he had said, adding that the court has appreciated his contributions in cases like 2G scam, coal block allocation and in mining matters.

In a 142-page reply affidavit, Bhushan stood by his two tweets and had said the expression of opinion, however outspoken, disagreeable or unpalatable to some, cannot constitute contempt of court. Bhushan, in the affidavit, has referred to several apex court judgements, speeches of former and serving judges on contempt of court and the stifling of dissent in a democracy and his views on judicial actions in some cases.