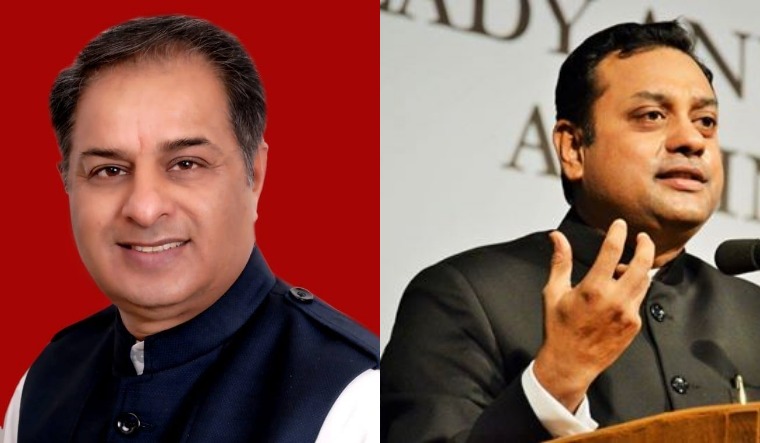 A day after Congress spokesperson Rajiv Tyagi died of a heart attack soon after participating in a TV news debate on Wednesday, leaders and supporters of the grand old party lashed out at the volatile nature of TV news debates.

Tyagi collapsed soon after participating in a debate on a prominent Hindi news channel on the riots in Bengaluru on Tuesday. In the debate, BJP spokesperson Sambit Patra had attacked Tyagi over the Congress's reaction to the violence in Bengaluru. Clips of the debate, circulated by Congress supporters on social media, show Patra referring to Tyagi as a Jaichand (traitor) repeatedly and even admonishing the Congress spokesperson for wearing a 'tikka' on his forehead.

Senior Congress spokesperson Randeep Singh Surjewala took to Twitter to complain about "poisonous debate and venomous spokespersons" and the "TRP business". "How long will the poison of Hindu-Muslim division continue to engulf the soul of this country," Surjewala asked.

Senior Congress MP Ahmed Patel, considered a confidant of party chief Sonia Gandhi, warned words have the same impact as bullets. Patel tweeted, "It is high time TV channel owners , editors and anchors introspect on how some in the industry have reduced news debates into a meaningless , poisonous and potentially fatal activity. At times words can have the same impact as bullets."

Gaurav Pandhi, national coordinator of the Congress party's social media wing, described Patra as a Jaichand. Pandhi tweeted, "Sambit Patra @sambitswaraj accused Rajiv Tyagi of being a traitor. We all know who are the traitors: RSS bowed in front Britishers Advani praised Jinnah Modi went to Pakistan to attend party  BJP has given up land in Ladakh to China You all are JAICHAND, Sambit!"

A hashtag to arrest Sambit Patra was trending on Twitter on Thursday morning.

Ironically, Sambit Patra had condoled the death of Rajiv Tyagi. He had said on Wednesday, "I cannot believe that my friend Rajiv Tyagi is no more. We were together in a TV debate at 5 PM. Life is very uncertain. I don't have words to express. May God give Rajiv ji a place in his feet."