Over a hundred passengers have been injured 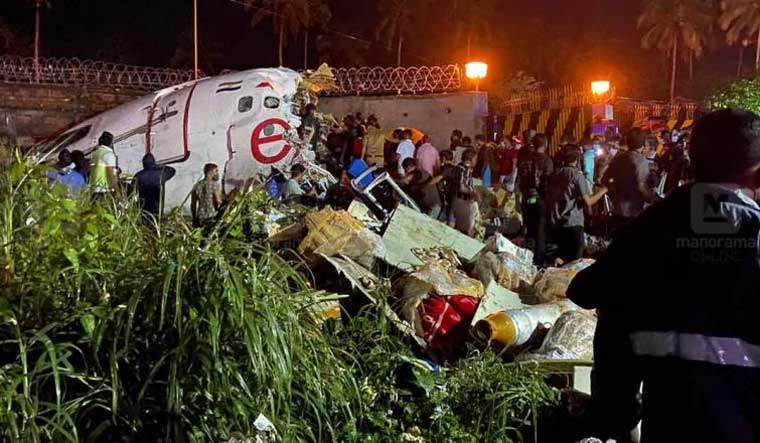 An Air India Express flight from Dubai with 191 people on board skidded off the runway and fell into a 35-feet valley while landing at Kozhikode international airport in Kerala on Friday night, leaving both the pilots and 15 other passengers dead. Over a hundred passengers have been injured.

The IX 1344 flight operated by B737 aircraft broke into two pieces in the accident which took place amid heavy rains at 7.41 pm. There were 174 passengers, 10 infants, two pilots and five cabin crew on board the aircraft. The flight was operated as part of the Vande Bharat mission.

An airline spokesperson said the aircraft overshot the runway. After landing at Runway 10, the flight continued running towards end of the runway and fell down in the valley and broke into two portions, said a DGCA statement.

Following the incident, several flights have been diverted to Kannur, nearly 100 km from Kozhikode.

Those who are injured have been rushed to Kozhikode Medical College and other nearby hospitals in Kozhikode and Malappuram districts. 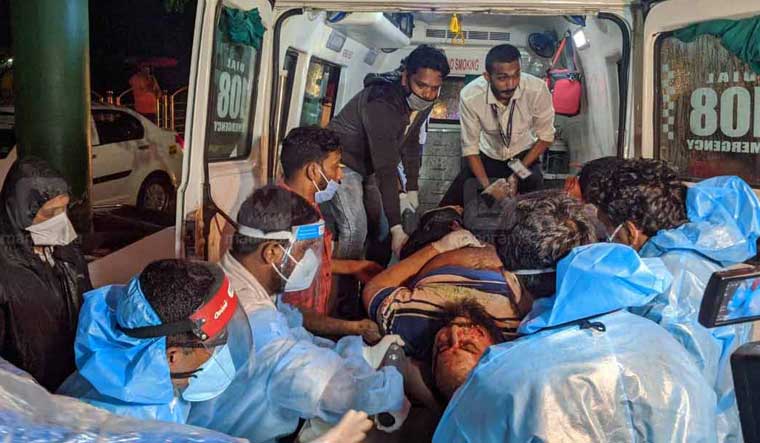 An injured person being shifted to hospital | Abu Shahim

“We are deeply saddened by the tragedy of Air India Express Flight No IX 1344 at Kozhikode,” tweeted MEA Spokesperson Anurag Srivastava.

One of the deceased pilots is Captain Deepak Sathe. He was a former Indian Air Force MiG 21 pilot with 17 Squadron (Golden Arrows), Ambala. The squadron went to Kargil war in 1999. Captain Sathe was an instructor at IAF training academy.

Civil Aviation Minister Hardeep Singh Puri said a formal enquiry will be conducted by the Air Accident Investigation Branch (AAIB) into the incident.

“We are  in touch with local authorities. State police have reported 11 deaths. Relief teams from Air India and AAI are being immediately dispatched from Delhi and Mumbai. All efforts being made to help  passengers,” he tweeted.

Chief Minister Pinarayi Vijayan said police and fire force personnel have been directed to take all measures for rescue and relief operations.

Prime Minister Narendra Modi spoke to Vijayan over phone and promised all assistance from the Centre.

"Distressed to learn about the tragic accident of Air India Express aircraft in Kozhikode, Kerala. Have instructed NDRF to reach the site at the earliest and assist with the rescue operations," Shah tweeted.

Kozhikode is one of the few airports in the country which have a tabletop runway—the runway that is located on the top of a plateau or hill with one or both ends adjacent to a steep precipice.