From 'Mohanlal Karamchand Gandhi' to 'Karachi', Prime Minister Narendra Modi has had 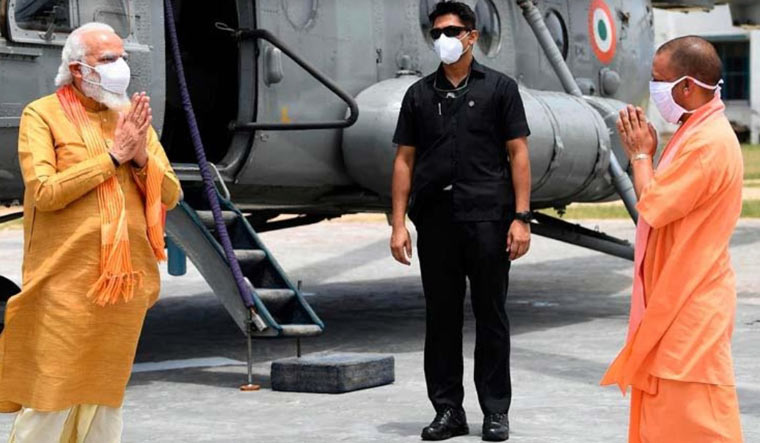 From 'Mohanlal Karamchand Gandhi' to 'Karachi', Prime Minister Narendra Modi has had his fair share of embarrassing slip of the tongues. Adding to this list of gaffes is “Aditya Yoginath".

The prime minister, during his speech at the the 'bhoomi pujan' of the Ram Mandir in Ayodhya on Wednesday, addressed the Uttar Pradesh chief minister as "Aditya Yoginath".

The prime minister's slip of the tongue opened the floodgate for a torrent of memes on the social media, while many people sought to know “Who is Aditya Yoginath.”

Many pointed out that the slip of tongue was ironic considering the UP government’s penchant for changing the names of cities and town.

When you are Famous For Changing Names,And Modiji Calls You "Aditya Yoginath" Instead of "Yogi AdityaNath" pic.twitter.com/OxLxJud5aP

"Yogi Adityanath was known for changing names. Then one day, Modiji changed his name," wrote one user.

Yogi Adityanath was known for changing names. Then one day, Modiji changed his name. #AdityaYoginath

A Twitter user came up with a collage video of the prime minister's gaffes.

Modi and his Goof-ups