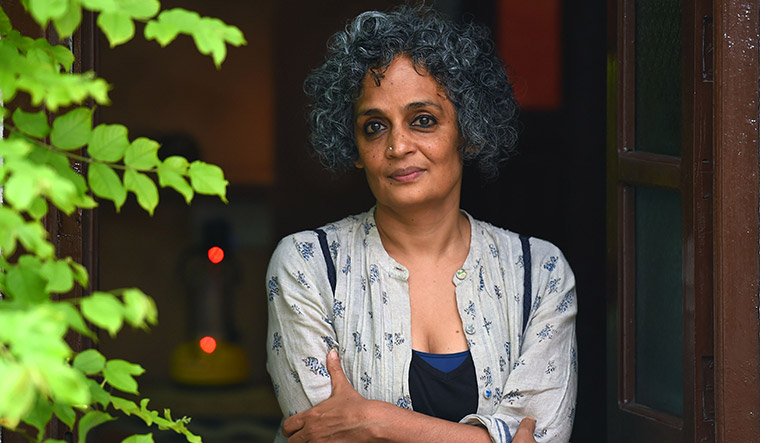 Author Arundhati Roy’s ‘Come September’ speech of 2002 has kicked off a furore in Kerala with the BJP calling for its removal from the Calicut University’s textbook for the BA English course.

In a letter to Governor Arif Mohammed Khan, who is the Chancellor of the university, state BJP president K. Surendran said the essay questioned the sovereignty and integrity of the country.

“Dissent is brewing among academics and the general public against the inclusion of this speech, which is anti-national. Roy has stated that India has unleashed terror on the non-violent struggle for the independence of Kashmir. She was introduced by textbook editors Murugan Babu and Abida Farooqi as the sane voice who spoke against the hanging of Afzal Guru. The hanging was termed as a dark chapter in the history of the country,” he wrote.

Surendran added that the speech was given to an ‘anti-India’ audience. “The said essay is taken from a speech which challenges the government’s policies and India’s Constitution. Ms Roy claims that the Indian state has unleashed terror on the non-violent struggle for Kashmir’s independence. Our poor students have been forced to learn a speech given to an anti-India audience against the Kargil war. This is akin to insulting those brave soldiers who gave up their lives to protect our territorial integrity,” Surendran said in the letter.

The speech is included in the textbook ‘Appreciating Prose’, meant for the third semester of BA English Language and Literature.

Dr Abida Farooqi, chairperson for the university board of studies, told the Indian Express that the speech was recommended by a 10-member committee last year and attested by the Academic Council before being included in the syllabus.

In a press release, Surendran warned that the BJP will launch an agitation and take legal action if the speech is not removed.