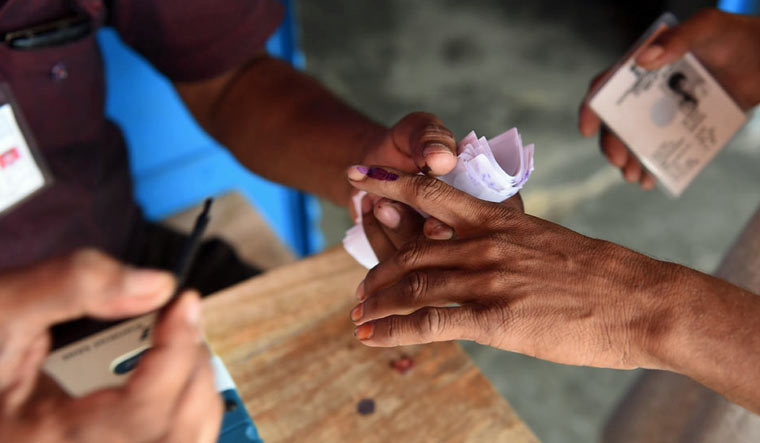 Elections in India are a mammoth endeavour, considering the sheer number of people—voters, polling officials and security personnel. The campaign, too, is nothing short of a festival, with colourful rallies and road shows.

However, elections could become much different because of COVID-19. The forthcoming assembly elections in Bihar will be the first state polls to be held in the shadow of the pandemic. The election promises to be a lot more challenging for the Election Commission of India and a new experience for political parties, candidates and most importantly, the voters. This election could set the template for future elections—if the virus is still around.

Chief Election Commissioner Sunil Arora is confident of holding the Bihar polls on schedule and in the traditional way, while factoring the need for social distancing and adherence to the COVID-19 safety protocol. The elections are due in October-November; the term of the current assembly ends on November 29.

The election commission’s plans for Bihar primarily include restricting the number of voters per poll booth, which means more polling stations; the election campaign, too, will be mostly online. For the 2019 Lok Sabha elections, Bihar had around 73,000 polling booths, with a maximum of 1,500 voters per booth. This time the election commission plans to limit the number of voters in a booth to 1,000. It has identified 33,797 additional polling stations, and there will be a corresponding increase of 1.8 lakh polling personnel.

While it will not be applicable to the Bihar polls, the election commission has expanded the ambit of postal ballot to COVID-positive voters and those who are over 65 years of age. In Bihar, the facility will be available to voters above 80 years, people with disabilities, voters engaged in essential services and those who are Covid-19 positive or in precautionary quarantine.

The decision to extend postal ballot to newer categories in view of COVID-19 had been controversial, with political parties calling it unconstitutional and arguing that it would enable the ruling side to influence voters. The opposition also said that the commission did not consult them on the move.

Like the voting experience, the campaign, too, will be different. Union Home Minister Amit Shah set the tone for virtual campaigning with his e-rally on June 9. His speech was live-streamed at all polling booths in the state. Chief Minister Nitish Kumar is set to launch his party's campaign through an online rally in August.

However, there is disquiet in the opposition about the plans for elections in times of a pandemic. “It is for the Election Commission to ensure safe elections during the pandemic,” said Bihar Congress President Madan Mohan Jha. “And if it can assure that no person will get infected because of elections, we have no problems. But the manner in which COVID-19 is spreading in Bihar is a matter of concern, and it is apparent that it will not end soon. Can any election be more important than the lives of people?”

The opposition parties are also wary of the BJP's IT might and are complaining that a campaign that is primarily in the online media will not provide the parties with a level playing field. Jagadanand Singh, the Rashtriya Janata Dal (RJD)'s Bihar chief, said: “RJD wants the campaign to be carried out in the traditional manner. If we do not go among the people, how will we come to know of their issues? This talk of an online campaign is a conspiracy of the rich parties.”

The opposition has reason to be concerned; the BJP has made a strong, early start. It has put in place 9,500 IT cells and started 72,000 booth-level WhatsApp groups. State BJP leader Prem Ranjan Patel rubbished the opposition's claim that the online campaign would favour the cash-rich parties. He said it was a cost-effective method of getting the message across. “We do not have to get crowds for rallies, no helicopters, stage or other such arrangements,” he said.

But, Jaijit Bhattacharya, president, Centre for Digital Economy Policy Research, said an online campaign could lead to an uneven playing field. “A digital campaign is resource intensive,” he said. “It requires the best of brains to be able to sift through data and create digital campaigns that decisively hones into a target voter's consciousness and converts the citizen into a favourable voter. Not all political parties would be able to garner such resources and press them into service.”

Retired Major General Anil Verma, head of Association for Democratic Reforms, said it would be difficult for the election commission to monitor a campaign on social media with its current infrastructure. “Even during the general elections, it was a huge issue,” he said. “There were complaints that social media needs to be monitored more effectively.”

However, the election commission said that it has a dedicated social media monitoring section to keep tabs on hate speech, unlawful content and fake news. In March 2019, platforms such as Facebook, WhatsApp, Twitter and their association, the Internet and Mobile Association of India, had submitted the voluntary code of ethics. They pledged to create a high priority dedicated reporting mechanism for the election commission and set up a mechanism for political advertisers to submit pre-certified advertisements issued by its media certification and monitoring committee.

While there are many questions about conducting elections during a pandemic, one thing is certain, it is a whole new test for the country's fabled election machinery.