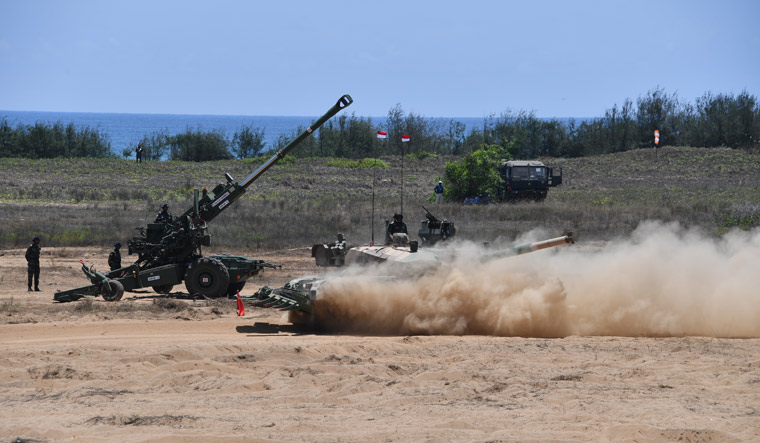 The Ministry of Defence has put up the second draft of the Defence Procurement Procedure, 2020, a key protocol for the promotion of the indigenous defence industry.

The second draft of the DPP, dubbed the Defence Acquisition Procedure 2020, was uploaded on the MoD website for suggestions and comments from stakeholders and the general public.

The MoD says the first draft received over 10,000 pages of suggestions from stakeholders and industry, following which “specific interactions” were carried out with the stakeholders, both in person and via web conferences, in order to understand their precise concerns.

“The amended second draft has since been finalised by the review committee driven by tenets of defence reforms announced as part of the ‘Atmanirbhar Bharat Abhiyan’ and has been placed in the public domain,” the MoD said in a press release.

As per the new draft policy, procurement of goods and services—dubbed Capital Acquisition schemes—which will be broadly classified as ‘Buy’, ‘Buy and Make’, Leasing, ‘Make’, ‘Design and Development (D & D) and Strategic Partnership Model (SPM).

“A Simplified Capital Expenditure Procedure (SCEP) may also be followed for replenishment or repairs or refits of recurring nature of ‘In Service’ equipment/systems, which entail high cost and longer service life. Under the ‘Buy’ scheme procurements are categorised as ‘Buy (Indian - IDDM)’, ‘Buy (Indian)’, Buy (Global - Manufacture in India) and ‘Buy (Global)’. Under the ‘Buy and Make’ scheme, the procurements are categorised as ‘Buy and Make (Indian)’ and ‘Buy and Make’” the new DAP states.

The most preferred cateogory would be the 'Buy Indian - IDDM' (Indigenously Designed Developed and Manufactured), wherein at least 50 per cent is Indigenous Content (IC) on cost basis of the base contract price.

"Preference will be given to indigenous design, development and manufacturing of defence equipment...The MoD will notify a list of weapons/platforms banned for import, updated from time to time and SHQ will ensure that no weapon/platform figuring on the list is procured ex import. These equipment may, therefore, be procured under the Buy (Indian - IDDM), Buy (Indian), Buy and Make (Indian) (only if Buy quantities are zero) and Buy and Make (only if Buy quantities are zero) categories of procurement," the DAP states.

The first draft released in March introduced a new category in addition to ‘Buy’ and ‘Make’, that is ‘leasing’. This would include Lease (Global) and Lease (Indian).

While the DAP 2020 states that the maximum permitted in various categories would be up to 49 per cent, a planned increase of the permitted limits to 74 per cent FDI under the automatic route was announced by Finance Minister Nirmala Sitharaman in May. On July 13, PTI reported that the Department for Promotion of Industry and Internal Trade would approach the Union Cabinet to approve raising this limit.