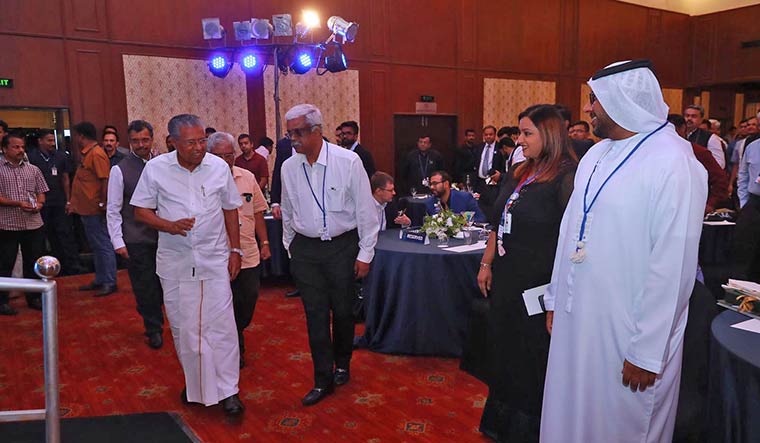 Sivasankar started from Thiruvananthapuram by 4am and reached the NIA office by 9:30am for the interrogation session scheduled for 10am.

The scope of the investigation could go beyond the gold smuggling case if the bureaucrat divulges potentially controversial matters. If Sivasankar is added to the list of accused in the case after this round, then there will be louder calls for the resignation of Chief Minister Pinarayi Vijayan. The opposition UDF and the BJP will intensify their agitations against the government.

The NIA is keen on unravelling the role of anti-national forces in the gold smuggling case.

The federal agency will question him about his alleged links to the members of the gang behind the smuggling of gold using diplomatic channels through the Trivandrum International Airport. Besides, it will also ask him about the Sprinklr data leak and the contracts with PricewaterhouseCoopers (PwC).

Its interrogation will include questions that could shake up politics in Kerala, sources said. The LDF will feel very nervous even if Sivasankar is asked to remain in Kochi for further questioning. It will breathe easy, at least for the time being, only if he is allowed to return to Thiruvananthapuram.

Sivasankar is likely to be questioned on the nature of work he carried out for the state government, the circumstances that led to his personal association with the accused in the gold smuggling case, the assistance he provided to the accused—P.S. Sarith, Swapna Suresh and Sandeep Nair—the people he met through them at home and abroad and their connection to the foreign trips he had made.

Monday's round follows Sivasankar's nine-hour interrogation by the Customs officials and five-hour grilling by the NIA earlier in Thiruvananthapuram.

This is the first time that a senior IAS officer has been summoned to the NIA office for questioning in connection with an Unlawful Activities (Prevention) Act (UAPA) case.

The NIA is also re-investigating a 2019 case pertaining to the smuggling of six guns by K.T. Ramees, the suspected mastermind of the gold smuggling case that was exposed on July 5 when a diplomatic baggage with 30 kg of the precious metal was seized at the Trivandrum airport.

Ramees has been already arrested in the latest case.

Swapna received continuous phone calls from two numbers, believed to be that of the charge d affaires of the UAE Consulate, when the diplomatic baggage with 30 kg of gold was detained by Customs officials, the NIA’s investigations have revealed.

The NIA said there were constant phone calls between the two from June 30, when the baggage was detained by Customs officials, till July 5 when it was opened and the gold seized.

On July 3, the two spoke over phone 22 times, the NIA said. On July 5, when the gold was detected, the two spoke eight times. Swapna then switched off her phone and went into hiding after the smuggling was exposed.

The UAE’s Ministry of Foreign Affairs has launched an internal probe into the gold smuggling case.

Second Secretary at the Consulate Mabrook Saeed Ali Abdullah Al-Mansoori, who had gone to the UAE, returned on Sunday and took charge of the administration of the Consulate in Thiruvananthapuram. He will be leading the investigation.

A high-level team from the UAE will arrive in Kerala in September or October to collect evidence in the case.

UAE will not immediately conduct a high-level inquiry. It will wait for its internal examination and the inquiries by the NIA to get over before deciding on a high-level investigation.

(This article was first published on onmanorama).