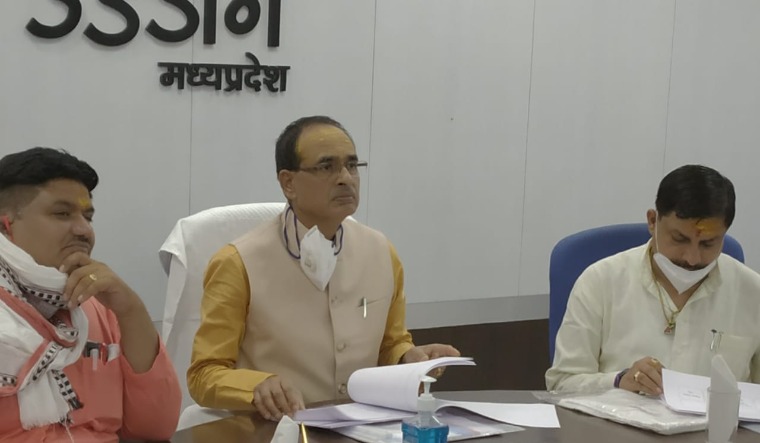 COVID-19 cases in Madhya Pradesh in the past three weeks of July have crossed the 10,000 mark and the figure almost equals half of all the cases reported in the state till now.

With 10,502 COVID-19 cases reported from July 1 to 21, the tally in the state has reached 24,095, while with 184 deaths in this duration, the death toll now stands at 756, according to the data released by the state health department.

This means that 43.5 per cent—or nearly half of all the cases reported from March 20 (when the first four cases were reported in the state, in Jabalpur)—till now have been reported in the past three weeks of July, a scenario that is causing fresh worry for the state government.

While Chief Minister Shivraj Singh Chouhan has ruled out imposing total lockdown, the government has decided to impose lockdown of two days per week in districts with higher number of fresh cases and also to extend the night curfew by two hours in all districts of the state.

Until now, commercial activities remained closed in most parts of the state only on Sundays and the night curfew was from 10.00pm to 5.00am. However, now onwards, the curfew will be in place from 8.00pm till 5.00am.

Commercial establishments will have to close before this time and movement of people will also be restricted.

In the high-impact districts, the local crisis management groups will decide upon an additional day of lockdown—either on Monday or Saturday—Chouhan has said.

Among the districts, capital Bhopal has shown the highest spike in the number of COVID-19 cases in the past three weeks. The capital reported 1,723 new cases since July 1, taking its tally to 4,512. The July cases are 38 per cent of all cases in Bhopal. With 45 deaths in this period, the fatality toll is up to 142.

Hotspot Indore recorded 1,516 cases in the past three weeks, taking its tally to 6,225. The July cases make up about 24 per cent of all cases here. With 70 more deaths reported in the duration, the toll is at 299 now.

Percentage wise however, Gwalior district—hub of political activities—has shown the highest rise in the past three weeks with 1,377 new cases. This is 78 per cent of the total 1,755 cases reported in the district till now. Neighbouring Morena has also shown a huge spike of 70 per cent with 986 cases in the past three weeks. The tally in Morena district is now at 1,344.

Gwalior district administration had imposed a week-long curfew that ended on Tuesday. From Wednesday, the markets will be open from 6.00am to 7.00pm.

However, given the spike in the capital, the Bhopal administration has imposed selective lockdown in 17 localities of the city till July 24 and also in various wards of Berasia tehsil till July 25. Already, city markets remain closed every Saturday and Sunday, which means that the lockdown will be practically implemented for five days in these areas.

The district administration also announced a ban on weekly markets in the villages under Berasia subdivision.