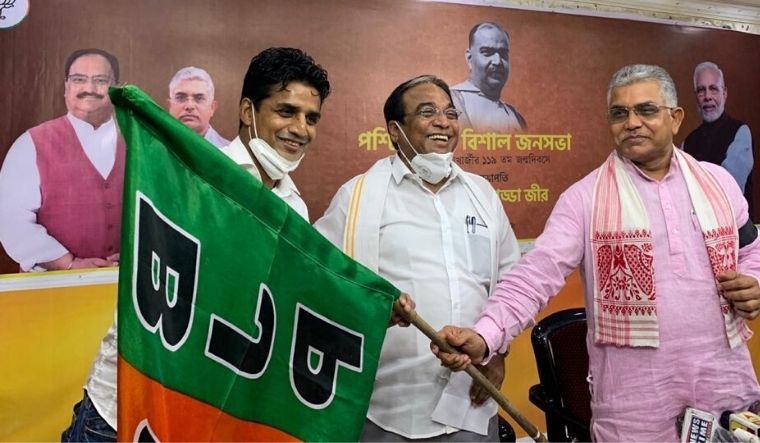 Former footballer Mehtab Hossain has quit from the BJP, and politics, within 24 hours after joining the party. A versatile footballer of Kolkata Maidan who also played in the Indian team, the news of Hossain joining the party was celebrated by the BJP. The new addition was seen as a shot in the arm for the BJP to thwart the idea that minorities only support the Trinamool Congress in West Bengal.

However, the former footballer took a huge U-turn Monday morning as he announced that he was quitting politics. “I wanted to join politics to serve people who made me what I am today. I thought that if I could join politics I would be able to serve many people. I had been supporting people during the global pandemic and worked for their improvement. I spent sleepless nights seeing the helpless situation of people in my area. The number was increasing each day, each moment,” Hossain says in a long statement released in Bengali.

However, he added that he felt otherwise after joining the BJP. “The people for whom I wanted to serve as a politician, they requested that I should not join politics. They did not want to see me as a politician."

He said his friends and supporters wished to see him in the mid-field, rather than in politics. “I thought, who am I going to serve if they don’t want me? So I decided to withdraw from politics. It would remain a small sacrifice for me for the larger interest,” he said.

Hossain said he had no animosity against anybody. He also did not forget to mention that even his family members did not support his sudden decision.

“My family was deeply saddened by the people of my area. My wife Moumita and children Zidan and Zavi, none supported my decision. I could not see the faces of my family. It pained me a lot,” said Hossain.

However, many BJP members believe that Hossain's sudden U-turn came after he was threatened by the Trinamool Congress. Said a senior BJP leader, “Mehtab’s joining BJP angered the TMC. He was threatened with dire consequence. Mamata Banerjee does not realise that her Muslim support base has gone away.”

However, Hossain disputed that. “No one is forcing me to change the decision. I am on my own removing myself from politics. From today, I am not part of any politics. And I apologise for my decision,” he said.