Another Congress MLA resigns in Madhya Pradesh; 24th since March

Democracy is getting sold, says Congress as its tally goes down to 90 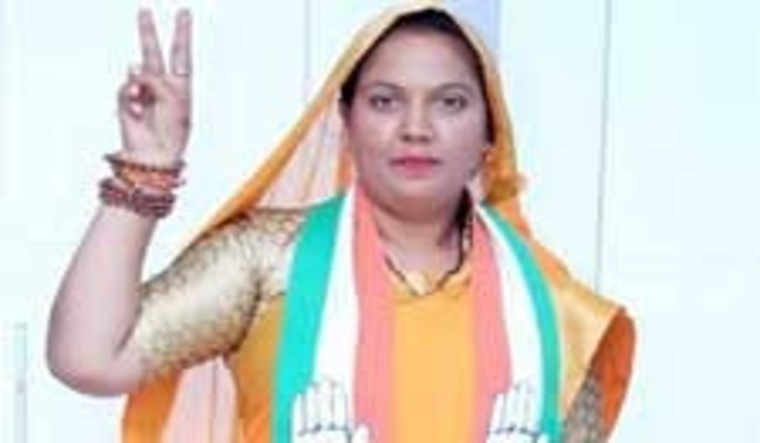 Dealing another shock to the Madhya Pradesh Congress, a legislator from Nepanagar constituency in Burhanpur district, Sumitra Devi Kasdekar, on Friday resigned from her seat. She is the 24th Congress MLA to have resigned since March this year, reducing the tally of the opposition party to 90 in the Assembly of 230 members.

Though Kasdekar could not be contacted for comment, sources in the state assembly secretariat confirmed to THE WEEK that the legislator had resigned and her resignation had been accepted by pro-tem speaker Rameshwar Sharma.

Kasdekar’s resignation comes less than a week after that of Pradyumna Singh Lodhi who represented the Bada Malhara seat in Chhatarpur district. Lodhi had resigned and joined the BJP on July 12 and was made the chairman of the State Civil Supplies Corporation with cabinet minister rank within five hours.

Kasdekar, 37, is a first time MLA from the reserved Nepanagar seat and her move comes about as sudden. She does not have any significant political background and had got the ticket on the recommendation of former chief of MP Congress Arun Yadav, sources said. There is also no indication as of now whether she will join the saffron fold like her erstwhile 23 party colleagues.

There have been rumours that more Congress MLAs were in contact with the BJP and at least half a dozen of them—from Bundelkhand, Mahakoshal and Nimad region—might switch sides.

Rumours had got quite strong about the moves of two MLAs—Rahul Singh Lodhi of Damoh (Damoh district) and Tarbar Singh Lodhi of Banda (Sagar district)—after the defection of Pradyumna Singh who is also cousin of Rahul Singh. Both are first time MLAs from Bundelkhand region and belong to the Lodhi community, to which BJP leader Uma Bharti also belongs.

However, both had met MP Congress chief and ex-chief minister Kamal Nath on July 15 and, after long discussion, had pledged continuing allegiance to the Congress.

BJP spokesman Rajneesh Agrawal, on the question of Congress MLAs being in touch with the BJP, said that many MLAs do remain in touch with the party, but they took their own political decisions. “This is about the internal politics of Congress and the legislators are not happy there as they have no hearing from the senior leadership. The BJP inducts only ex-MLAs and not MLAs and the decision to induct is also dependent on the BJP senior leadership. Once someone is inducted, they are given proper place and respect in the party,” Agrawal said.

Congress senior leaders were not available for comment, but a tweet on the official handle of MP Congress made the party’s opinion known. “BJP is purchasing, democracy is getting sold. But those who are getting sold aren’t aware of the people’s mandate,” the tweet said.