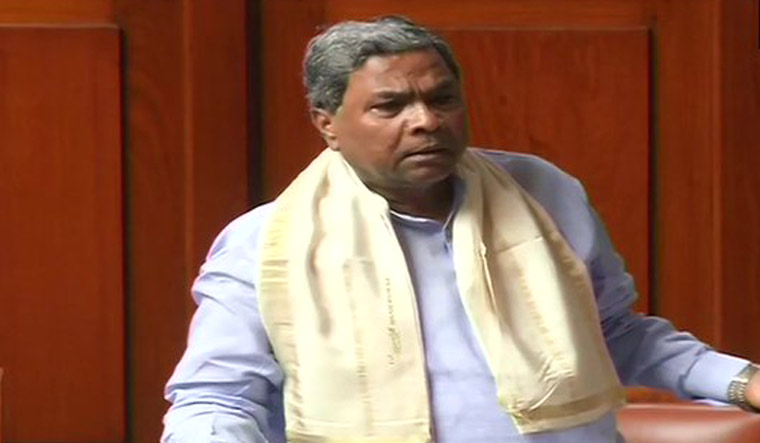 Former Karnataka chief minister and leader of the opposition Siddaramaiah has demanded the immediate withdrawal of the Karnataka Land Reforms (Amendment) Ordinance 2020, passed by the Yediyurappa government on July 13, calling it a "black legislation" that would snatch away land from the small and marginal farmers, paving the way for a modern day "zamindari system".

The ordinance has amended the 1961 Act dropped the section 79(a) that had set a limit on the non-agriculture income of the land buyer at Rs 25 lakh, and section 79(b), which barred non-agriculturists from purchasing agriculture lands. The amendment has also raised the land ceiling limit from 20 units (one unit is equal to 5.4 acres) to 40 units.

"It is a black day for Karnataka which had set an example in land reforms. During the D. Devaraj Urs rule, the 1961 Act was amended on March, 1, 1974, to insert sections 79(a), (b), (c) and 80, which were progressive and ensured social justice by redistributing land to the landless farmers. The BJP government today has repealed the same sections," lamented Siddaramaiah.

The Yediyurappa government has omitted the sections with retrospective effect (March 1, 1974), and has ordered dismissal of pending litigations under sections 79(a) and (b).

"There are 13,814 cases pending before the court pertaining to section 79(a) and (b). Now, all these cases will be dismissed, which will benefit those who have illegally purchased the land. For instance, the housing cooperative societies in Bengaluru have purchased around 5,027 acres of land from middlemen. The land is worth Rs 10,000 crore. A rough estimate (if each of the 13,814 pending cases involves a minimum of four acres) tells us the farm lands worth Rs 40,000 crore will pass into the wrong hands - corporates, real estate companies, land sharks and the rich. This will eventually dislodge the small and marginal farmers from their land," warned Siddaramaiah.

Alleging the BJP government was making lame excuses to push their agenda, Siddaramaiah said, "BJP cites rampant corruption by officers in land transaction issues, blames dearth of land for the dip in investments and claims to open up farming sector for all to defend its move. But all these arguments are just a cover for their hidden agenda of favouring capitalists and corporates. Investors have been coming to Karnataka, which has always been a preferred destination for investors like Gujarat."

Raising concerns over food security, the Ahinda leader demanded to know why the land ceiling was raised and the land use not defined in the ordinance.

"Kerala permits a farming household to own up to 20 acres, Tamil Nadu allows 30 acres, Andhra 54 acres. But the new law in Karnataka allows an individual to own up to 436 acres. No ordinary farmer can afford to buy so much land. Only the corporates, real estate companies can afford to buy such large land parcels. Now, do you expect Adani or Ambani to farm or set up industries? They will develop it as real estate and this affects food production and food security in the long run. The corporates will become the modern day Jahgirdars. The poor people will be forced to sell off their lands and become labourers. This is not a formula for self-reliance," said Siddaramaiah.

Slamming the Modi government, Siddaramaiah said that the APMC Act, the Electricity act and Essential commodities act were all anti-poor and anti-farmer.

"These acts exclude the poor, dalits, small farmers by encouraging privatisation in every sphere. It is an indirect way of scrapping the Reservation. If Dr Ambedkar called for nationalisation of land, Vinoba Bhave started Bhoodana (land redistribution). But today, the BJP government is bringing the land reform bill through an ordinance, with no public debate. Yediyurappa who flaunts a green shawl while taking the oath as CM and claims to be a farmers' leader, is the one who ordered 'golibar' on farmers and is now giving away their lands to land sharks. What is the urgency to bring the ordinance amid the COVID-19 pandemic?,” charged Siddaramaiah, threatening to launch village level protests across the state.