No intention to hurt the sentiment of anyone, says Nepal foreign ministry 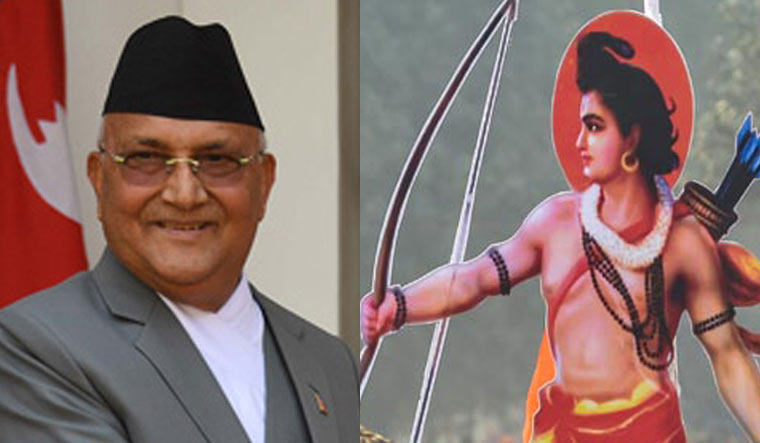 K.P.S. Oli claimed Lord Ram is a Nepali and that 'real' Ayodhya is in Nepal

The statement of Nepal Prime Minister K.P. Sharma Oli about Lord Ram hailing from Nepal has been criticised by the Vishwa Hindu Parishad and by the media in Nepal.

Chairperson of the Shri Ram Janmabhoomi Teerth Kshetra Trust, Mahant Nritya Gopal Das, said, “Oli is destroying relations between India and Nepal. By befriending a sly country like China, he is kicking the emotional bonds with India. This attempt to tear away Shri Ram from India is indicative of the misguided mentality of Oli. Ram and Sita are worshipped not only in India but the whole world. Trying to bind within a geographical boundary someone who exists in every particle is foolishness”.

Sharad Sharma, the Ayodhya-based spokesperson for the VHP, labelled Oli’s statement as ‘unfortunate and laughable’.

Sharma said, “Oli has taken it upon himself to destroy the ancient religious and cultural traditions between India and Nepal on instructions of land grabber China… By cooperating with the conspiracies of China, the prime minister of Nepal is pushing the citizens of the country into the slavery of China”.

The Nepalese media, too, has been unanimous in its criticism of the PM who said at a function on Monday that 'real' Ayodhya is in Nepal and Lord Ram is a Nepali.

Kosh R. Koirala, associate editor of the Kathmandu based English daily Republica, said, “All (media) are criticising PM Oli for his statement. Concrete evidence is needed to support the claim”.

Kanak Mani Dixit, the editor of the weekly magazine Himal, tweeted, “It was (a) folly for PM Oli to wade in and raise controversy on the placement of Ayodhya, home of the mythological Lord Ram. This creates schism with a section of India’s population when earlier it was only with the Indian Government”.

On Tuesday evening, Nepal’s Ministry of Foreign Affairs issued a clarification on Oli’s statement that the remarks were not linked to any political subject and had "no intention at all to hurt the feeling and sentiment of anyone".

The clarification further said, “As there have been several myths and references about Shri Ram and the places associated with him, the prime minister was simply highlighting the importance of further studies and research of the vast cultural geography the Ramayana represents to obtain facts about Shri Ram, Ramayana and the various places linked to this rich civilisation. The remarks were not meant to debasing the significance of Ayodhya and the cultural value it bears.”