The 2,000MW plant at Pavagada has been operational since 2018 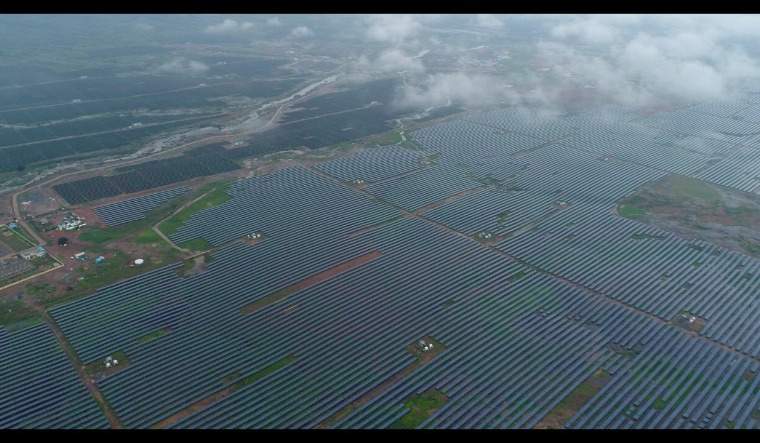 The solar park at Rewa | Twitter handle of Amit Shah

Prime Minister Narendra Modi dedicated the ultra-mega solar power-plant (generating 750MW) in Rewa, Madhya Pradesh, on Friday. But claims by BJP ministers and leaders that it was Asia's largest solar power-plant have not gone down well with the Congress.

What then is the 2000 MW Solar Plant in Pavagada, Karnataka which was built in just 3 years by @INCKarnataka govt and has been operational since 2018?pic.twitter.com/FbR0cLvYqw

"The BJP-led Central government is claiming today that it has inaugurated Asia's Largest Solar Plant of 750MW at Rewa, MP. Now, what is the 2,000MW solar plant in Pavagada, Karnataka, which was built in just 3 years by @INCKarnataka govt and has been operational since 2018?," asked Shivakumar, who, as the then state energy minister, had piloted the Pavagada project.

Further, Shivakumar stated that the Pavagada solar park was unique because not a single acre of land had been acquired from the farmers. "All 13,000 acres have been leased from the farmers who are being given yearly rent. The Karnataka model of renewable energy was accepted as the best in India," he said.

Shivakumar dared the Union power minister to answer as to how the Central government could claim that Rewa Solar Park (750MW) was the largest in Asia, when the Pavagada park was much larger (2,000MW) and was opened two years back.

The Pavagada park was developed by the Karnataka Solar Park Development Corporation Limited (KSPDCL), a joint venture between the Solar Energy Corporation of India (SECI) and the Karnataka Renewable Energy (KREDL). The lands were taken on an annual rent of Rs 21,000/acre, with provision for revision.