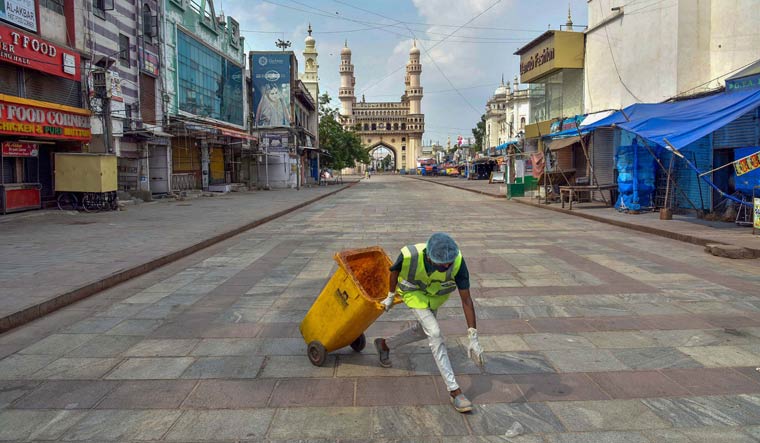 [File] Hyderabad has seen a spike in COVID-19 cases | PTI

A Hyderabad jeweller, who threw a birthday party attended by at least 100 people, died of COVID-19 on Saturday, triggering panic among those who attended the gathering.

The party was attended by members of the jewellers association, who are currently looking to get themselves tested for COVID-19. Health officials have also started the process of contract tracing.

Reports said that the owner of another jewellery chain, who also attended the party, has died of COVID-19 as well. He is likely to have contracted the virus from the party host, officials were quoted as saying. The host, who owns a jewellery store in Himayatnagar, developed symptoms two days after the party and was admitted to a private hospital.

Meanwhile, G. Srinivas Rao, Director of Public Health in Telangana, said that  some people refuse to follow the rules despite rising cases and having public safety protocols in place. He discouraged people from hosting birthday parties and family gatherings, adding that it would later become super spreaders.

Health Minister Etela Rajender also expressed his frustration at the inability of citizens to follow rules, and added that there is a drastic rise in COVID-19 cases in Hyderabad due to people attending large gatherings and parties.

“It takes just one among them who is infected to spread the virus to dozens of others and that is what is happening in Hyderabad,” Rajender said.