Taj hotel in Mumbai gets threat call from Karachi: Reports

The caller, reportedly, identified himself as a member of the Lashkar 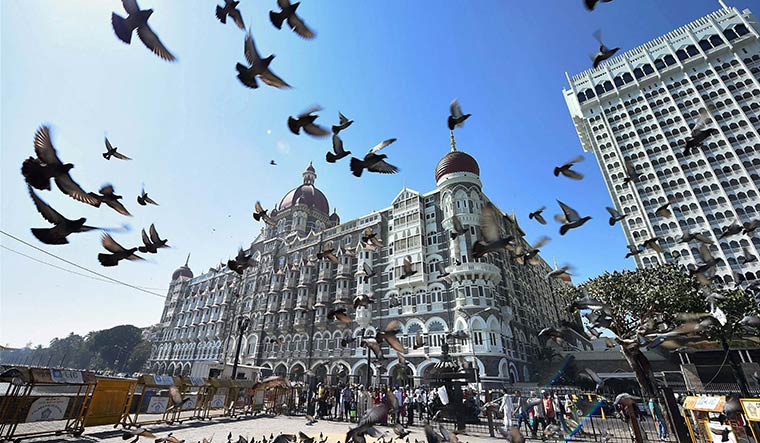 The Mumbai Police have increased security outside the iconic Taj Mahal Palace Hotel after it received a threat call from Pakistan, media reports said on Tuesday morning.

The Taj Mahal Palace was one of the four main sites of the Mumbai terror attacks of 2008, with Lashkar-e-Taiba terrorists from Pakistan storming the hotel.

According to reports, the Taj Mahal Palace received a threat call from Karachi late on Monday. The caller, reportedly, identified himself as a member of the Lashkar. The caller threatened to blow up the hotel. The Mumbai Mirror reported that "Police have increased the presence of its personnel around the hotel and nearby areas". ANI quoted the Mumbai Police as saying, "Security tightened outside Taj Hotel and nearby areas after a threat call was received yesterday from Karachi, Pakistan, to blow up the hotel with bombs."

Some media reports also claimed that a similar call was made to another hotel of the Taj group, the Taj Land's End at Bandra.

Both hotels are currently closed for normal operations on account of the COVID-19 pandemic.