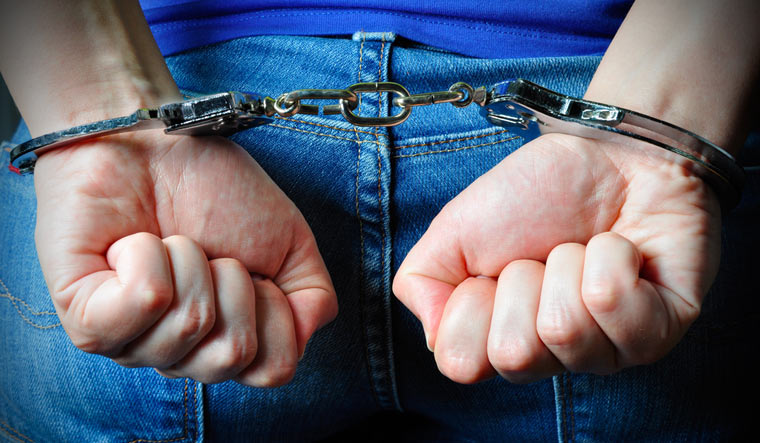 Punjab Police nabbed three operatives of Khalistan Liberation Front (KLF) from Patiala on Sunday. This is the ninth terror module busted by the state police this year.

The police said the trio, identified as Sukhchain Singh, Amritpal Singh, and Jaspreet Singh, had entered the state with the intention of assassinating religious leaders to disrupt communal harmony. According to the police, the arrested terrorists have been acting at the behest of Pakistani elements based in England, Pakistan and Saudi Arabia.

They had met each other through social media and were 'recruited' by Pakistan-based handlers, the police said. Amritpal Singh was the brains of the group, and preliminary investigations revealed that they planned to visit Pakistan to get the support required. One of their handlers from Saudi Arabia promised to hide them after the executions.

An FIR has been registered against them under sections various sections of UAPA and Arms Act.

Prior to their arrest, one of their key associates, Lovepreet Singh, a resident of Haryana, was nabbed by the Delhi Police. "Investigations are on, and we have some major leads on their foreign handlers. More youngsters could be part of the module. The trio are being interrogated", DGP Gupta told THE WEEK.

Meanwhile, there have been reports of Haryana residents receiving pre-recorded calls from the US numbers asking them to support pro-Khalistan 'Referendum 2020'. The telephonic messages attributed to New York based pro-Khalistan group SFJ (Sikhs For Justice) urged Haryanvis to merge with Punjab and support their demand for a free nation as the state draws water from their rivers. The message further asks the Haryana government to withdraw all its offices and officials from Punjab.

Haryana DGP Manoj Yadava said they started investigations in the matter and stringent action would be taken against the accused.