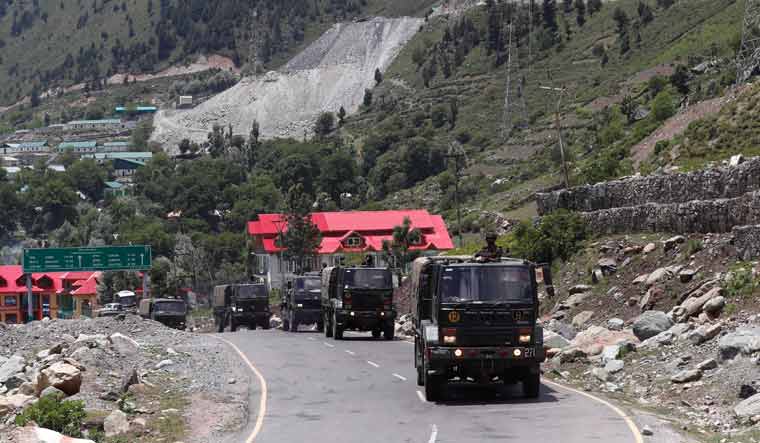 Amid mounting tension at the border, the Indian and Chinese militaries will hold the third round of Lieutenant General-level talks on Tuesday even as the two armies have increased deployment of troops along the Line of Actual Control (LAC) in Ladakh region. Tuesday's talks will take place in Chushul on Indian side of the LAC, PTI reported quoting official sources.

The first two rounds of talks had taken place in Moldo on Chinese side of the LAC.

The Indian and Chinese armies are locked in a bitter standoff in multiple locations in eastern Ladakh for the last six weeks, and the tension escalated manifold after 20 Indian soldiers were killed in a clash in Galwan valley on June 15.

Following the Galwan vally clashes, the Army has sent thousands of additional troops to forward locations along the Line of Actual Control in various sectors including in Arunachal Pradesh, Uttarakhand and Sikkim.

The IAF has also moved a sizeable number of its frontline Sukhoi 30 MKI, Jaguar, Mirage 2000 aircraft and Apache attack helicopters to several key air bases including Leh and Srinagar following the clashes.

The situation in eastern Ladakh deteriorated after around 250 Chinese and Indian soldiers were engaged in a violent face-off on May 5 and 6. The incident in Pangong Tso was followed by a similar incident in north Sikkim on May 9.

Prior to the clashes, both sides had been asserting that pending the final resolution of the boundary issue, it was necessary to maintain peace and tranquillity in the border areas.