Emergency reminds us that democracies, when tested, fight back resiliently, he said 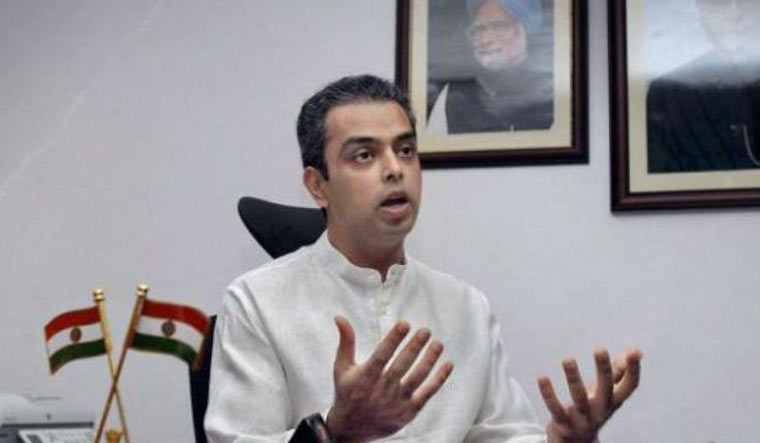 On Thursday, on the the 45th anniversary of the Emergency imposed by the then prime minister Indira Gandhi, Home Minister Amit Shan, in a series of tweets, sought to lambast the Gandhi family. "45 years ago one family’s greed for power led to the imposition of the Emergency. Overnight the nation was turned into a prison," he had said in a tweet.

While the Congress' reaction to Shah's tweet has been muted, Congress leader Milind Deora chose to speak about the Emergency instead of trying to come up with a fitting response to Shah's taunts on the Gandhi family.

Deora, in a tweet, pointed out that the Emergency reminds people that democracies fight back resiliently when tested.

Further, he noted that democracy is a constant work in progress and require commitment, sacrifice and honest introspection.

The #Emergency reminds us that democracies, when tested, fight back resiliently.

Information and Broadcasting Minister Prakash Javadekar too had launched a sharp attack on the Congress over the Emergency, saying those who killed democracy 45 years ago are questioning the government today. "On 25 June 1975, Congress imposed an emergency to save a family. What the Congress is doing even today after 45 years is to save a family," he had tweeted.