Every Bihari is proud of Bihar Regiment's valour at Ladakh: Modi 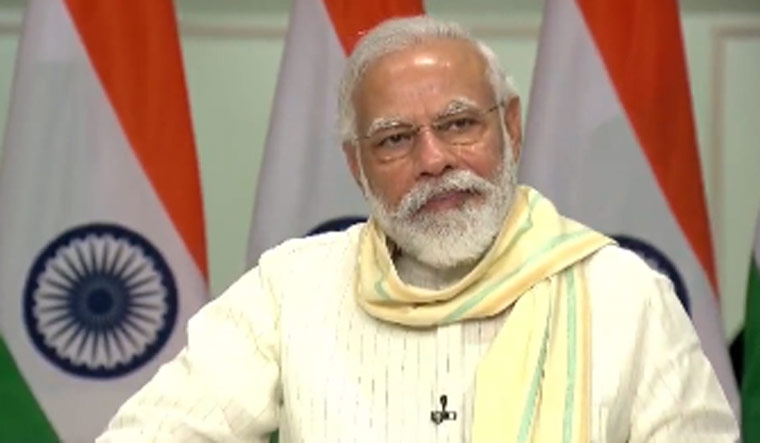 Prime Minister Narendra Modi on Saturday paid tributes to the soldiers of the Indian Army who were killed in the clash with Chinese forces at Ladakh earlier this week.

Speaking at the launch of the Garib Kalyan Rojgar Abhiyaan via videoconference in Bihar, Modi was quoted by news agency ANI as saying, "Country is proud of the sacrifice made by our braves in Ladakh. Today, when I am speaking to people of Bihar, I will say the valour was of Bihar Regiment, every Bihari is proud of it. I pay tributes to the braves who laid down their lives for the nation."

Of the 20 Indian Army personnel who died in the clash at Ladakh, at least 13 were reportedly from the Bihar Regiment; this included the commanding officer colonel Santosh Babu.

Modi's tribute to the Bihar Regiment and the martyrs at Ladakh came even as criticism is rising of the prime minister's claim on Friday that there was no intrusion into Indian territory.

While Congress leader Rahul Gandhi accused Modi of surrendering Indian territory to Chinese aggression, former finance minister P. Chidambaram asked, "Has PM given a clean chit to China? If so, what is there to negotiate with China? Why are the major-generals negotiating and about what?"