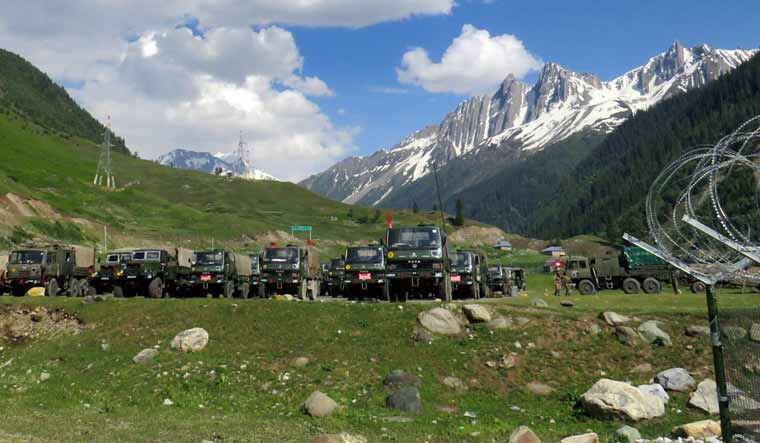 Indian Army's 3 infantry Division Commander Major-General Abhijit Bapat was in regular touch with Chinese military officials. During Monday's clash, nearly 45 Indian troops were left in Chinese captivity. Though, Chinese army had released 35 of them soon after the clash,10 were kept as hostage.

Finally, on Thursday night, all 10 were released.

However, earlier on Wednesday, the Indian Army claimed that no Indian troops were missing in action in Galwan valley clash.

Given the sensitivity of the matter, the Indian Army wanted to keep the matter secret.

During Monday's clash, 20 Indian soldiers, including a colonel, were killed. Seventy-six others were injured, who were admitted to military hospitals in Leh and Tangtse.

Army sources confirmed that as of now no soldier is critical and their condition is reported to be stable. The Army claims that 18 soldiers undergoing treatment at Leh Hospital will be discharged in 15 days.

And 58 soldiers at other hospitals are expected to be back on duty within a week.

On Thursday, External Affairs Minister S. Jaishankar admitted that during Galwan clash, Indian troops were armed but they did not open fire due to protocol.

Many military observers have questioned the Army's stand of not firing even in self-defence.

Emotions are running high in the military fraternity, with demands to avenge the brutal killing of 20 of Indian Army troops. Some seniors officials maintained that a 'quid pro quo' is the need of the hour to maintain the credibility and morale of soldiers.

Former deputy chief of Army, Lt Gen Mohinder Puri told THE WEEK that if they have moved back, then it will remain a localised action. If not, the problem will have to be resolved at the diplomatic and political level.

"I would feel comfortable if we think of a quid pro quo on the other side. Plenty of areas are available," Lt Gen Puri said.