I was treated like a common prisoner despite being an MLA: UP Congress chief

He was granted bail two days ago 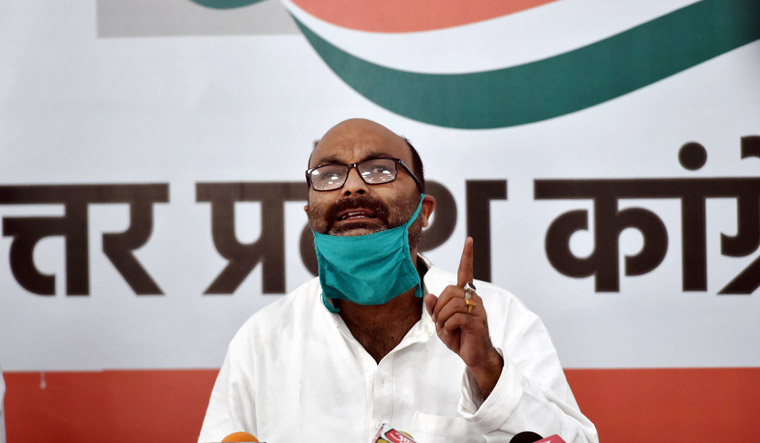 Uttar Pradesh Congress president Ajay Kumar Lallu said despite being an MLA, he was treated like a common prisoner in jail.

Lallu, a second-term MLA, was granted bail by the High Court two days ago. Addressing reporters in Lucknow on Thursday, he said he is ready to be jailed again for standing up for the labourers.

The MLA was arrested on May 21 after a face-off between his party and the state government over the issue of arranging 1,000 buses for the return UP natives during the lockdown.

“The tyranny of this government cannot stop us from serving people,” said Lallu.

He alleged that the Lucknow district jail authorities did not allow him to send a letter to his party office. He produced the intimation given to him by the jail senior superintendent, dated May 29, which said only letters of “personal or domestic” nature could be allowed as per the jail manual which did not permit “political” letters. The MLA said he was also not given the permission to meet his lawyer.

He said he did not regret how he was treated and would continue fighting for labourers as he understood their pain.

The letter he wrote in jail, addressed to “ my worker sisters and brothers and the peace loving public of the state,” was shared with the media. It spoke of former prime minister Jawaharlal Nehru’s empathy towards labourers illustrated with an incident that took place when the Bhakra dam was being constructed. “He asked a woman labourer what she was doing and she said 'I break stones, I carry bricks'. Nehruji said with great respect, 'no you are building a nation. You are making the nation strong',” reads the two-and-a-half page letter.

“I am fine. I am not worried about myself. I only think that if I would have been out (of jail) I would have been able to serve my fellow humans, those who build the nation who are now out on the roads. That is my only worry”, concludes the letter.

Lallu, who was released in the evening of June 17, had gone to Lucknow’s Hazratganj area to offer floral tribute to the statues of Mahatma Gandhi, Bhimrao Ambedkar and Sardar Vallabhai Patel. His media interaction started with a moment of silence for the martyrs in the Galwan Valley clash.

“This government has forgotten that we are the people who fought against the British. Tyrants, anti-poor and egoistic people like you will not be able to stop us from serving humanity,” Lallu said while speaking about Chief Minister Yogi Adityanath.