Dehradun will remain the winter capital 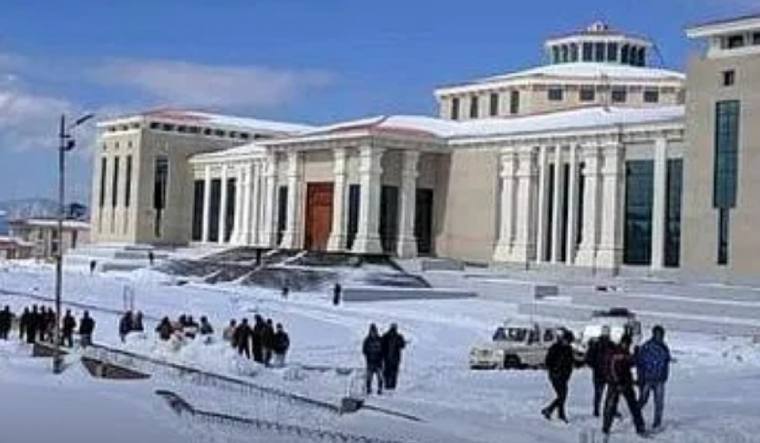 Assembly House in Gairsain | via ANI

Gairsain town in Chamoli district of Uttarakhand was officially declared the summer capital of the state after Governor Baby Rani Maurya gave her nod to the state government’s move. Dehradun, the largest city in the hill state, will remain the winter capital.

“The Governor is hereby pleased to give her assent for declaration of Bhararisen (Gairsain) in district Chamoli as the summer capital of Uttarakhand state,” said a notification issued by Chief Secretary Utpal Kumar Singh.

Governor gave her nod in pursuance of the provisions of clause (3) of Article 348 of the Constitution of India.

The development came three months after Chief Minister Trivendra Singh Rawat announced in the budget session of the assembly held in Gairsain that the town would be made the summer capital of the state.

The demand for a summer capital had been raging since 1990s when the Uttarakhand Kranti Dal asked the Congress party to make Gairsain as the capital of the yet-to-be formed state. But Dehradun was named as the capital when the state was formed on November 9, 2000.