Eight dead; 82 injured in blast at chemical factory in Gujarat

Accident took place in Dahej; around 4,800 people have been evacuated 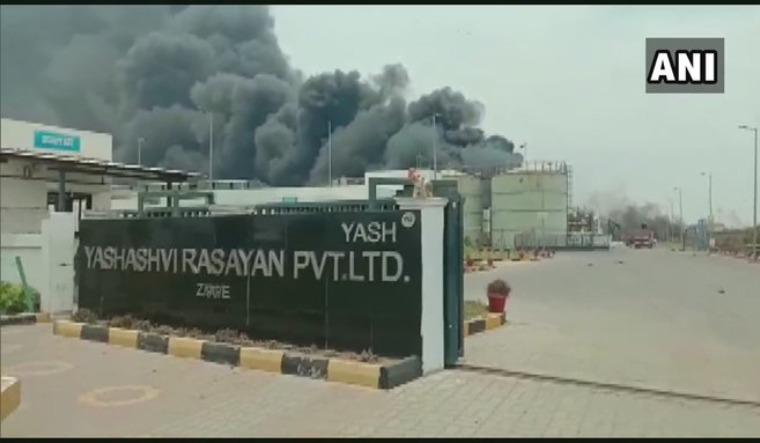 Eight persons died and 82 others were injured, three of them critically, in a blast at a chemical factory in Gujarat's Dahej on Wednesday.

The incident took place around noon and it took four hours to douse the fire that engulfed the factory.

Bharuch Collector Dr. M.D. Modhia told THE WEEK that eight persons had died and 82 were injured in the blast that occurred in a solvent plant of Yashashvi Rasayan Private Limited. According to him, condition of three is critical.

He said that 72 persons are in hospital and 10 were discharged after treatment.

The cause of the blast is not yet known. Asked if the owners were arrested, Modhia said that the process is on.

Around 4,800 people from nearby Lakhi and Luvara villages have been evacuated to safer places.

A couple of charred bodies could be seen in the videos of the blast that went viral soon after the accident.

Modhia said both employees and contractual labourers have died in the blast.

Senior Congress leader Ahmed Patel, who hails from Bharuch, which is close to Dahej, said in a statement that there has been a rise in industrial accidents in Bharuch and the buck stops with the state government to ensure that the factories have completed safety audits.

It is feared that the recent changes in the labour laws would incentivise unsafe work conditions, he added.