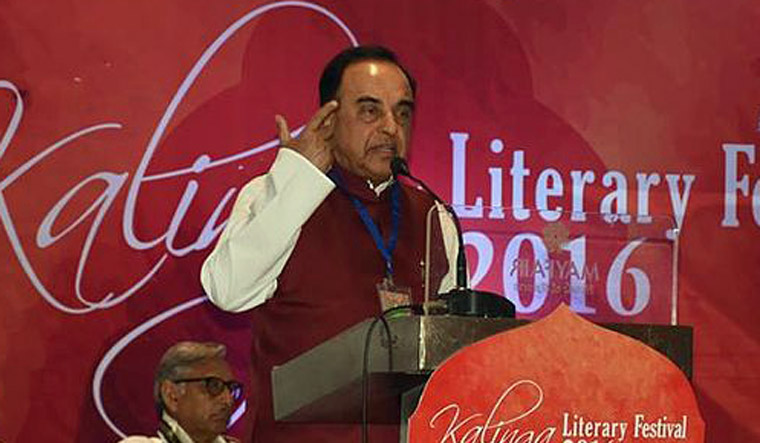 An interview of BJP MP Subramanian Swamy by a US-based media outlet is continuing to stir controversy nearly two months after it was aired. The interview of Swamy by Vice was part of a programme by the outlet detailing the protests against the Citizenship (Amendment) Act that rocked India earlier this year. In a clip of the interview with Vice, Swamy purportedly made several controversial statements including, "If Muslims become more than 30 per cent (of the population), that country is in danger" and Muslims "were not in an equal category".

I may have sue BBC Hard Talk for using the cut and splice Pakistani footage of VICE TV to attribute to me having said : “Muslims are not equal to Hindus in the Indian Constitution”.

The BBC became the latest media outlet to refer to the interview of Swamy by Vice. The comments by Swamy are referred to in the newest edition of its HARDtalk programme, which featured BJP general secretary Ram Madhav. In response to this, Swamy on Monday night tweeted he "may have [to] sue BBC Hardtalk for using the cut and splice Pakistani footage of VICE TV to attribute to me having said: 'Muslims are not equal to Hindus in the Indian Constitution'".

Responding to a tweet by a follower, Swamy described the BBC as being a "disreputable disinformation outlet for India's enemies" and warned he would prepare to file a defamation suit. Swamy tweeted, "BBC is now a disreputable disinformation outlet for India's enemies. As soon as I get my hands on the Hardtalk transcript of the interview with Ram Madhav screened yesterday I will start the process of filing a Defamation case."

In the HARDtalk programme, BBC anchor Stephen Sackur brought up two controversial statements of Swamy from the Vice interview. In response to this, Madhav warned Sackur that he could be sued by Swamy and added the BJP, as a party, did not approve of such provocative statements on Muslims.

Pakistan Prime Minister Imran Khan had tweeted a clip of the interview in early April, while a UN official referred to the "Muslims are not in an equal category" statement of Swamy in a report in mid-May. At that time, Swamy accused UN Under-Secretary General Adama Dieng of slandering him and warned of suing him.

Since the Vice interview was aired, Swamy has repeatedly claimed the footage was doctored by Pakistan. Swamy has referred to Vice as "Pakistani owned". One of the co-founders of Vice is Suroosh Alvi, a Pakistani-Canadian journalist.