80 people have died on Shramik trains for migrants: Report

Until May 28, 3,840 Shramik trains had been operated, ferrying 52 lakh people 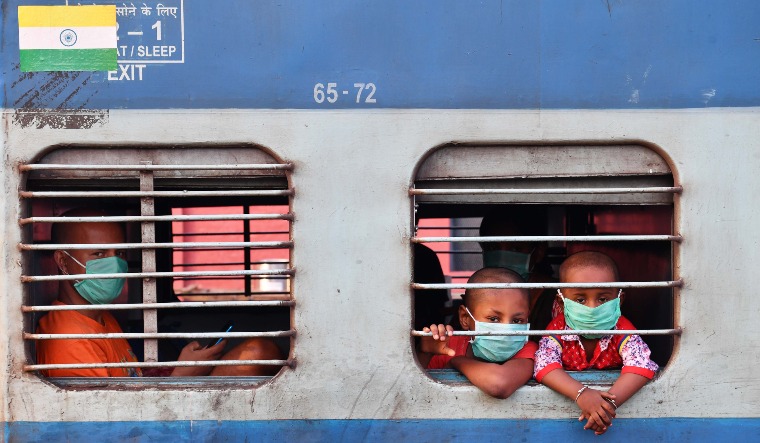 The Shramik Special trains, launched by the Railways from May 1 to ferry stranded migrant labourers, have faced a torrent of criticism in recent days. From lack of basic facilities to diversion of trains, the Shramik Special services have been in the news for all the wrong reasons.

Now, Hindustan Times has reported that around 80 people have died on board the Shramik Special trains in the period between May 9 and May 27. The Hindustan Times report was based on data from the Railway Protection Force.

On Friday, Railway Board Chairman V.K. Yadav told a press conference that until May 28, a total of 3,840 Shramik Special trains had been operated, ferrying 52 lakh passengers. Approximately 80 per cent of all Shramik Special trains run to destinations in Uttar Pradesh and Bihar. Ironically, the decision to start the Shramik Special services came amid frequent reports of migrants being killed in road accidents as they attempted to reach their homes.

Earlier this week, it was reported that nine people died over a period of 48 hours on board Shramik Special trains. The Railways had claimed that these deaths were a result of co-morbidities. On Friday, the Railways and even Railway Minister Piyush Goyal had appealed to certain 'vulnerable' groups—pregnant women, children below 10 years of age, people above 65 years and those with co-morbidities—to avoid travelling on the Shramik Special trains.

In a gruesome incident, a 45-year-old migrant labourer was found dead in a toilet of a Shramik Special train when it was being cleaned by workers at Uttar Pradesh’s Jhansi station, four days after he boarded it for Gorakhpur, officials said on Friday. The body was found when the train was opened for maintenance and sanitisation on May 27 and he had boarded it on May 23.

The viral video of a toddler trying to rouse his dead mother at Muzzafarpur Railway Station in Bihar earlier this week also had a Shramik Special train connection: The woman had boarded a train from Ahmedabad.