Interview with Tilak Devasher, member of the National Security Advisory board 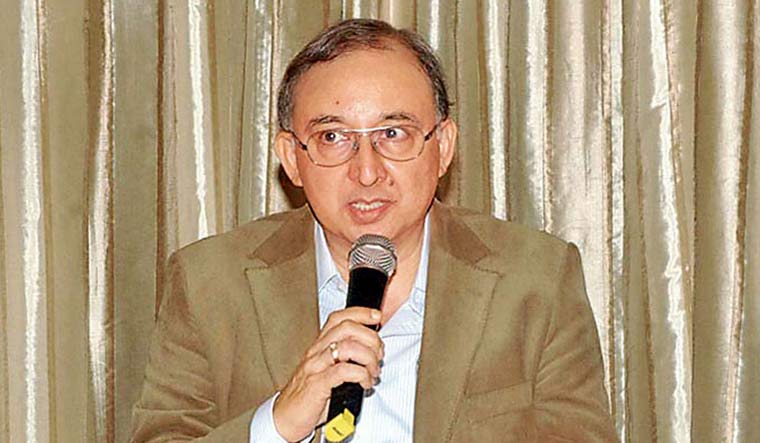 Tilak Devasher, member of the National Security Advisory board

As China is busy playing aggressor on the India-China border, the Indian security establishment is not only defending its geographical borders but also firming up its next step post abrogation of Article 370. Tilak Devasher, a member of the National Security Advisory board, spoke to THE WEEK on how India should move beyond cartographic assertions and weather bulletins of Pakistan-occupied Gilgit-Baltistan, and Aksai Chin, the disputed border between India and China, to developing an understanding of these regions, of their history, culture and language.

Q/ What is the strategic significance of the region stretching from the Gilgit-Baltistan to east Ladakh to Kalapani and beyond?

Gilgit-Baltistan (GB) is strategically an important part of the sub-continent. It allows Pakistan land access to China via the Karokaram Pass and highway and denies India land access to Afghanistan and Central Asia. It is through GB that China was able to transfer nuclear weapons and technology to Pakistan. GB also has vast fresh water reserves and is home to many of the glaciers, which provide water to the Indus River System. It is also enables China to link Xinjiang with Tibet. Of late, it is the entry point of the CPEC, the flagship project of President Xi Jinping—the BRI. Without GB, China will not have access to the Arabian Sea.

Q/ While India has claimed PoK and GB through its map, Pakistan President Arif Alvi has promulgated an order to form a caretaker government and conduct elections in Gilgit-Baltistan province. The Gilgit-Baltistan Assembly will complete its five-year tenure on June 24.

There are two aspects to this. First is the internal. The current government is headed by the PMLN whose term expires next month.

Pakistan Tehreek-e-Insaf (PTI) is keen that its own government comes to power in the region. A key demand of the PTI in Gilgit-Baltistan is that the region be made a provisional province of Pakistan. By instituting a caretaker government, it will be ensured that such a development does take place and the farcical elections will return a PTI government.

The external aspect concerns India. The MEA has already gone on record to state that Pakistan or its judiciary had no locus standi on territories illegally and forcibly occupied by it, as the entire Union Territories of Jammu and Kashmir and Ladakh and the areas of Gilgit-Baltistan were an integral part of India by virtue of its fully legal and irrevocable accession. Thus, our objection to any Pakistani move has already been recorded.

Q/ How can India move beyond cartographic assertions to territorial assertion and addressing people’s issues?

This has to be a process. The first steps have been taken through cartographic assertions. This has been followed up by the weather bulletins showing this area, as also so-called AJK, as part of India. In my view, a critical next step would be to develop an understanding of the region, of its history, culture and language. There are very few in India who would know what languages are spoken in the region, let alone have the ability to speak them. Many would not even know the districts or what religious group dominates what district. For this purpose, we need to set up several language and culture centres on a war footing to be able to impart an understanding of the region. We also need to look at our own constitutional provisions about providing seats in our legislatures to the people of these areas. A beginning could be made of nominating members of the diaspora. Then, a point person could be appointed who would focus full-time on this region. In this manner, we need to, first of all, build our sinews before we can think in terms of territorial assertions.

From media reports, it would appear that the people of GB have raised their voices about the actual state of affairs at various international fora, including the Human Rights Council in Geneva and the European parliament. This would need to be made more forceful. For example, the poor handling of the COVID-19 pandemic in the region needs to be highlighted.

Q/ When India conducts its census exercise post abrogation of Article 370, does it leave out this region within Indian territory?

Census is a physical exercise. Hence, since we, at present, do not have physical presence in the area, this may have to be left out.