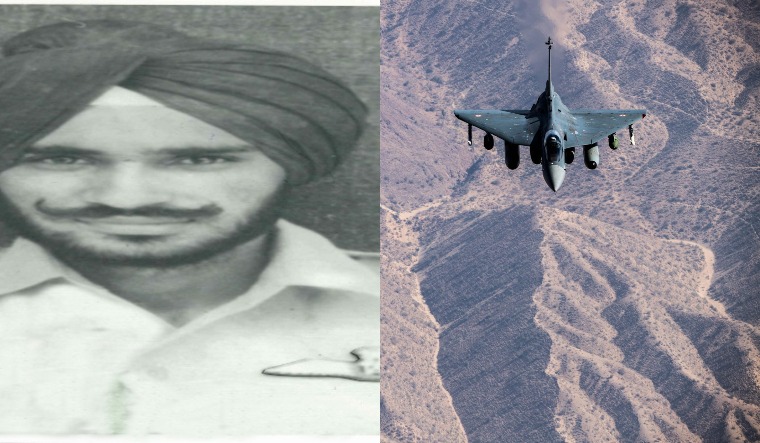 Indian Air Force chief Air Chief Marshal R.K.S. Bhadauria is scheduled to operationalise on May 27 (Thursday) the second squadron of the service that will fly the indigenously built Tejas fighter.

The No. 18 'Flying Bullets' squadron of the Indian Air Force will begin formally operating the Tejas from the IAF base at Sulur near Coimbatore. Sulur is also home to the first Indian Air Force squadron that flies the Tejas, the No. 45 'Flying Daggers'.

The Tejas jets that the Flying Bullets will receive will be more lethal than the ones operated by the Flying Daggers. The new jets being inducted will be the first full operational clearance (FOC) versions of the Tejas that are cleared to fire long-range munitions and undertake aerial refuelling.

No. 18 Flying Bullets is best known for being the squadron of late Flying Officer Nirmal Jit Singh Sekhon, the only Indian Air Force officer to be awarded India's highest military honour, the Param Vir Chakra.

Sekhon was awarded the Param Vir Chakra for his exploits in repelling an attack by a force of Pakistan Air Force F-86 Sabre jets on the Srinagar air field on December 14, 1971, during the India-Pakistan war over Bangladesh. Sekhon and the Flying Bullets were flying the British-designed Folland Gnat light-weight fighter, which was considered the smallest fighter aircraft of its times.

The citation for Sekhon notes, "no fewer than six enemy aircraft were overhead, and they began bombing and strafing the airfield. In spite of the mortal danger of attempting to take off during the attack, Flying Officer Sekhon took off immediately and engaged a pair of the attacking Sabres. In the fight that ensued, he secured hits on one aircraft and set another on fire. By this time the other Sabre aircraft came to the aid of their hard-pressed companions and Flying Officer Sekhon’s Gnat was again outnumbered, this time by four to one. Even though alone, Flying Officer Sekhon engaged the enemy in an unequal combat...” However, Sekhon's Gnat was hit and crashed, killing him.