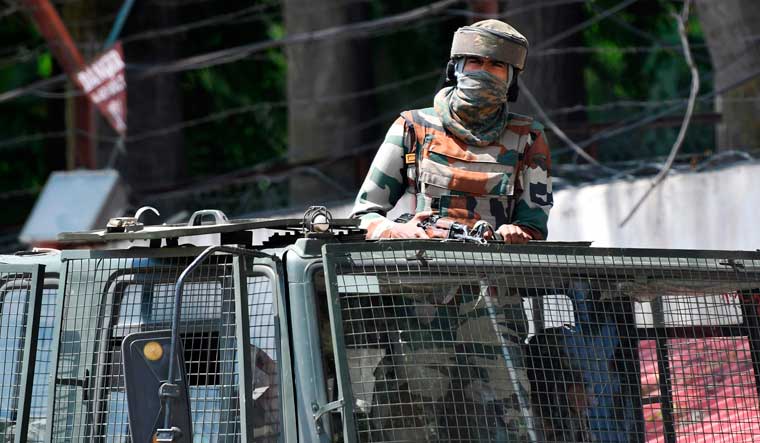 Former Union minister of state for defence, and Lok Sabha MP from Dhule constituency in Maharashtra, Subhash Bhamre, said the Centre is mulling over deploying Army in Mumbai, Pune and other hotspots in Maharashtra.

Said Bhamre to THE WEEK, “We are ready. But it is the state government that has to take a final call. You see, there is complete lack of coordination on the part of the state government. It is neither doing anything to contain the virus, nor allowing the Centre to step in. No communication is happening at the ground level. The Maharashtra government has failed miserably in containing the spread of the virus. We will see what can be done.”

Bhamre said he had foreseen this situation in April, and had requested the Union home ministry to deploy the Army in Malegaon, which had close to 100 cases in April. “We thought the state government would manage the situation well. Even now our suggestions to the state government are falling on deaf ears,” he said.

Bhamre said the Centre will step in more vigorously if the state government is not able to handle the situation in the coming days. “I feel sad to see the plight of Maharashtra today. Majority of the cases in the country are coming from the state. It should not be allowed to go out of hand. We should do something,” said Bhamre.

Former Maharashtra chief minister and Congress leader Prithviraj Chavan said the demand from some quarters on deploying Army on the streets of Mumbai and other Covid-19 epicentres in Maharashtra is irrational. “This is politics at its worst,” said Chavan to THE WEEK, “It is the Central government that is responsible for the situation prevailing in Mumbai today. The Centre should have closed all operations in Mumbai International Airport a month prior to the national lockdown. So many from abroad came to Mumbai then, and many of them carried the virus with them.”

He said the onus is on the Centre to set in motion a decongestion plan for Mumbai. “The state government will cooperate with it and do everything possible from its end. What we see in Mumbai is not a one-day problem. High density of population has always been an issue in Mumbai,” said Chavan.

He said social distancing norms cannot be followed in slums like Dharavi. “It is almost impossible. The Centre and the previous state government announced so many smart city projects in Mumbai, without studying the ground situation properly, and this is creating further hurdles for the state government,” said Chavan.

Chavan, on May 13, had suggested that the Centre can set aside gold stocks of religious trusts in the country, which, according to him, would generate at least Rs 76 lakh crore to tide over the Covid-19 crisis. He had tweeted, “The gold can be borrowed through bonds, at a low interest rate. This is an emergency.”

On May 22, leaders from the BJP's Maharashtra unit, including opposition leader Devendra Fadnavis, took part in a protest rally, alleging that the Shiv Sena-Congress-Nationalist Congress Party coalition government in the state failed to handle the pandemic crisis in the state. Said Fadnavis, "This is pathetic failure of the state government. We have always cooperated. But how much more can people tolerate," he said.

Within the state BJP, there is a growing clamour for President's Rule in Maharashtra. "If the BJP wants to invoke President's Rule in the state, then it should first scrap the governments in Gujarat and Uttar Pradesh, followed by Madhya Pradesh and Bihar. The way these states are handling the [Covid] crisis is appalling," said Jayant Patil, the state president of NCP.