With water and labour dwindling, Punjab and Haryana urge farmers against paddy

Paddy is both water and labour-intensive 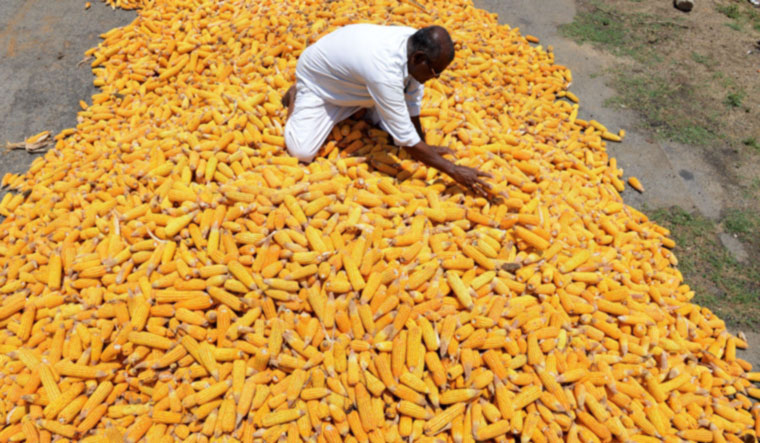 Accounting for almost 15 per cent of the country's entire paddy cultivation, the 'Basmati' rice bowls of Punjab and Haryana are out for a major agricultural shift. After suffering acute groundwater shortages, the states are diverting from growing farmland staples of almost five decades—wheat and rice—by asking farmers to try crop diversification.

The farmers are being directed and offered incentives to replace water-guzzling paddy with the likes of maize, cotton or pulses. The Haryana government has decided to shift 1 lakh hectares of paddy-sowing area for other crops—primarily maize. The state has identified ‘dark zones’—where water resources have been overexploited—and has banned paddy sowing in panchayat lands with water table below 35 meters.

It has rolled out incentive-linked massive crop diversification plans 'Mera Pani Meri Virasat' wherein the state government will buy maize and pulses at MSP and will also provide an incentive of Rs 7,000 per acre for farmers switching to alternate crops.

According to the state government, the groundwater table depletes at a rate of about one meter every year due to non-stop sowing of paddy. While rice requires 40-45 irrigation cycles, alternate crops like maize require only four. The state produces an average of 68 lakh metric tonnes of paddy across 32 lakh acres of land.

“36 blocks of state has become dark zones where the water table has depleted almost by double in the last 20 years. While eleven of these blocks have already shin paddy sowing its eight blocks which the scheme is primarily targeted for. It's high time that farmers switch from paddy to other crops or generation to come may face aqua doom”, said CM Manohar Lal Khattar.

The diversification idea has however left the opposition up in arms, as former CM and senior Congress leader Bhupinder Singh Hooda said the farmers were not ready to accept the diversification. “Instead of imposing restrictions on farmers, the state government needs to have better water resource management. It took us decades to make this arid region the rice bowl and all this cannot be negated”, Hooda told THE WEEK.

Meanwhile, Punjab—which has been trying for years to get farmers to shift from paddy to cotton—seems to be making the switch already due to the shortage of farm labour. The majority of paddy farmers are either opting for the direct-sowing method or switching to cotton. The state expects an increase of 1.5 lakh hectares in the area under cotton cultivation. It may be noted that non-stop paddy cultivation had been held responsible for the depletion of ground-water in 80 per cent of the state. The number of tube-wells has increased by 200 per cent in last 30 years and as of March, 109 out of 138 blocks were placed in the over-exploited category—where, despite availability and access to irrigation, the majority of farmers opt for digging their own tube-wells to water the fields.

Various blocks in districts like Mansa, Sangrur, Ludhiana, Bathinda, Hoshiarpur, Jalandhar, Moga, Pathankot and Patiala have recorded depletion below 50 meters. Interestingly while the Captain Amarinder Singh-led state government is emphasising in a shift to cotton, various agriculture experts have urged the government to follow Haryana and prioritise maize cultivation. They have highlighted that paddy not only requires more water than maize or pulses but is also cash-intensive, besides being unpredictable in terms of produce and procurement.