Lockdown 4.0: Restrictions cannot be relaxed but relaxations can be restricted

Items mentioned on the negative list may not be diluted: MHA sources 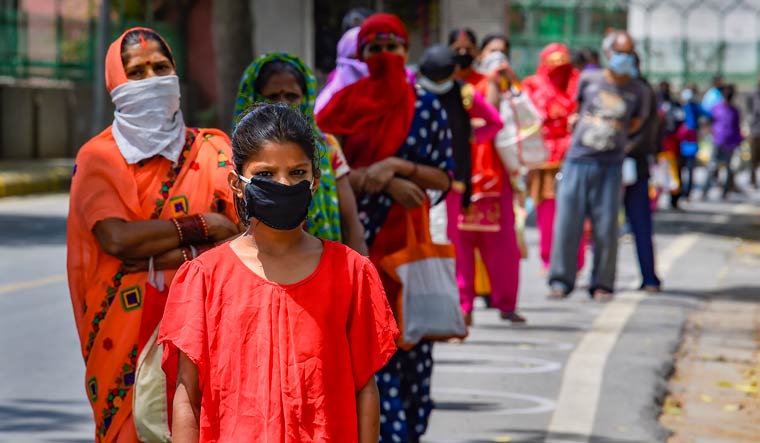 Restrictions cannot be relaxed but relaxations can be restricted. This is the latest missive from the Union Home Ministry to state governments and union territories on the reviewed guidelines regarding lockdown restrictions up to May 31.

As the centre allowed widespread relaxations in the fourth phase of lockdown announced on Sunday, there was confusion about the interpretation of the guidelines because the latest set of guidelines clearly says that the responsibility of delineating red, orange and green zones has been given to the state governments. The states can further decide where to implement the restrictions and relaxations.

However, the Home Ministry on Monday said that the state governments’ prerogative does not mean that the “restrictions” mentioned by the central government can be diluted.

What the latest missive means is that the “relaxations” are not binding on the states and that they can be tweaked to make them strict. The negative list, which contains the restrictions mentioned by the Home Ministry, is binding and cannot be diluted, according to a home ministry official.

According to the guidelines, these largely fall under six main heads and remain prohibited throughout the country. This includes domestic and international air travel of passengers, except for domestic medical services, domestic air ambulance and for security purposes or purposes as permitted by MHA; metro rail services; running of schools, colleges, educational and training/coaching institutions; hotels, restaurants and other hospitality services, except for the running of canteens in bus depots, railway stations and airports.

What also remains banned across the country, irrespective of whether in a green, orange or red zone, are places of large public gatherings such as cinemas, shopping malls, gymnasiums, entertainment parks, etc. What also remains in the negative list are social, political, cultural and similar gatherings and other large congregations as well as access to religious places or places of worship for the public.

The Union Home Ministry also said that inside the red/orange zones, containment and buffer zones would be identified by the local authorities, based on local level technical inputs and the latest set of Health Ministry guidelines.

The parameters to decide these zones has also been specified by the centre. According to health ministry guidelines, red zone demarcation would be based on whether there are more than 200 active cases, more than 15 active cases per lakh population, a doubling rate lower than 14 days, a case fatality rate of more than six per cent, a testing ratio (number of tests per lakh population) of less than 65 and a sample positivity rate (confirmation rate) of more than six per cent.

The next set of nationwide restrictions includes ensuring that wherever shops and markets are open in different zones demarcated by state governments, it has to be done with staggered timings, to ensure social distancing. All shops shall also have to ensure six feet distance (2 gaz kidoori) among customers and should not allow more than five persons at one time.

Night curfew shall continue to remain in force on the movement of individuals, for all non-essential activities, between 7 pm and 7 am.

Further, vulnerable persons, i.e., persons above 65 years of age, persons with co-morbidities, pregnant women, and children below the age of 10 years, shall stay at home, except for meeting essential requirements and for health purposes.

The MHA reiterated to the States/UTs that despite widespread relaxations, they cannot dilute the restrictions imposed in MHA guidelines. “They may prohibit certain other activities or impose restrictions, as deemed necessary on the basis of ground-level analysis of the situation,” said the ministry.

The MHA has issued four set of lockdown guidelines since March 23. However, each time, the MHA had to later issue a series of clarifications and explanation of the guidelines, sometimes tweaking them by making additions and subtractions across sectors—which has invited criticism from opposition ruled states.