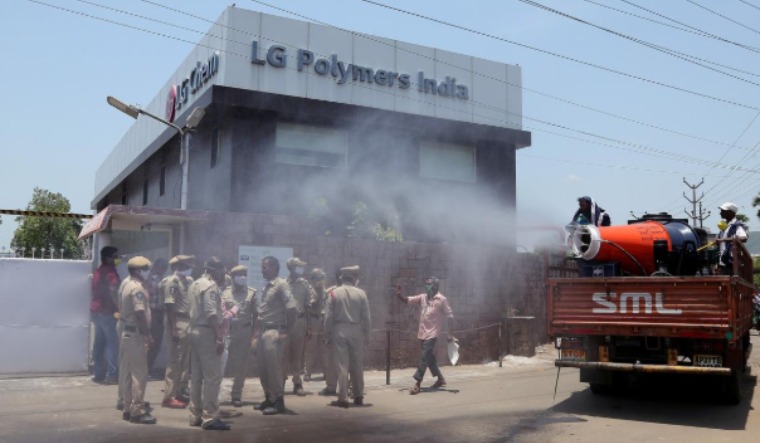 Investigators probing the leak of styrene from an LG Polymers plant in Visakhapatnam on May 7 suspect that the accident occurred as the plant's cooling system was clogged. Furthermore, three investigators told Reuters that the staff at the LG Polymers plant "did not use a warning system to alert local residents but informed company management after the leak".

A total of 12 people were killed and around 800 hospitalised as a result of the gas leak.

The Andhra Pradesh government registered a case of culpable homicide against LG Polymers for the accident. The investigators are part of a probe launched by the state government.

Referring to the cooling system, Reuters reported, "The three investigators said the temperature inside the oldest of the three storage tanks holding styrene monomer, a raw material used in polystyrene products, rose to over 150 degrees Celsius (302°F), more than six times the permitted level." Reuters quoted one of the investigators as saying, "The chiller unit was clogged because of a polymerisation process, which occurs when temperature exceeds certain levels."

Reuters reported, "Company officials told investigators the temperature within the storage tank was in the allowed range till temperature rapidly rose early on May 7." It takes weeks for the temperature in a styrene monomer facility to rise to 65 degrees Celsius. At this point, a runaway polymerisation reaction is triggered, causing styrene to reach its boiling point of 145 degrees Celsius in minutes.

The investigators told Reuters the skeletal staff at the LG Polymers plant was unable to bring the situation under control. The facility had stopped normal operations on account of the nationwide lockdown. One of the investigators declared the "gas leak was a result of a lack of safety precautions".

On Thursday, LG Chem, the parent company of LG Polymers, announced it was shipping the styrene monomer to South Korea. LG Chem also reiterated its commitment to helping the victims of the Visakhapatnam gas leak.