14 migrant workers killed, over 45 injured in separate accidents in UP, MP

The migrant workers were travelling to their homes in UP, Bihar 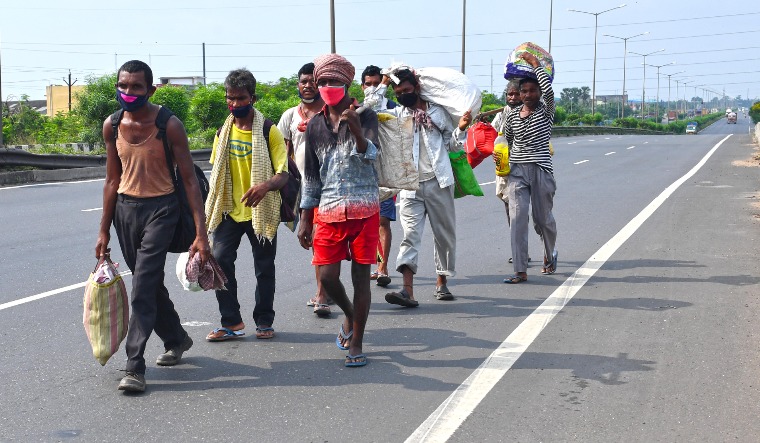 At least 14 migrant workers travelling to their home states have been killed in two separate accidents in Madhya Pradesh and Uttar Pradesh on Wednesday night and Thursday.

In Guna district in Madhya Pradesh, at least eight migrant labourers were killed and over 40 injured after the truck they were travelling in collided with a bus. NDTV reported that the truck was carrying around 70 labourers from Maharashtra to Uttar Pradesh, when it collided head-on with a bus in Guna around 3am on Thursday.

Most of the labourers were natives of Unnao in Uttar Pradesh. NDTV reported the bus was travelling from Guna to Ahmedabad, but only had a driver and cleaner on it. News 18 reported the truck was overcrowded. "Sources claimed that the truck was packed with migrant labourers, including women, and some of them died due to asphyxiation after they fell on each other," News 18 reported.

In the second accident, six migrant workers walking on a highway in Muzaffarnagar were mowed down by an Uttar Pradesh government bus on Wednesday night. Five people were injured in the incident. NDTV quoted police officials as saying the victims were travelling from Punjab to Bihar. The bus was empty at the time.

ANI reported that Uttar Pradesh Chief Minister Yogi Adityanath announced payment of Rs 2 lakh each to next of kin of the deceased and Rs 50,000 to those injured in the Muzaffarnagar accident. Officers have been asked to send the bodies of the victims to Bihar.

Former Uttar Pradesh chief minister and Samajwadi Party chief Akhilesh Yadav expressed grief over the Muzaffarnagar accident and asked why there was no Vande Bharat mission for the poor migrants. Akhilesh tweeted, "First train and now bus accident, why the lives of workers are so cheap. Can not the poor people of the country have 'Vande Bharat Mission'? It is not right to fly so high that the truth of the ground is ignored."

A spate of accidents involving migrant workers travelling home due to the coronavirus lockdown has been reported in recent weeks. Last week, a train ran over 16 migrant workers sleeping on rail tracks in Aurangabad.